A Danish biotech firm believes it may have found a way to eliminate copper from ship’s paint, replacing it with a more sustainable and biodegradeable alternative: eelgrass acid. 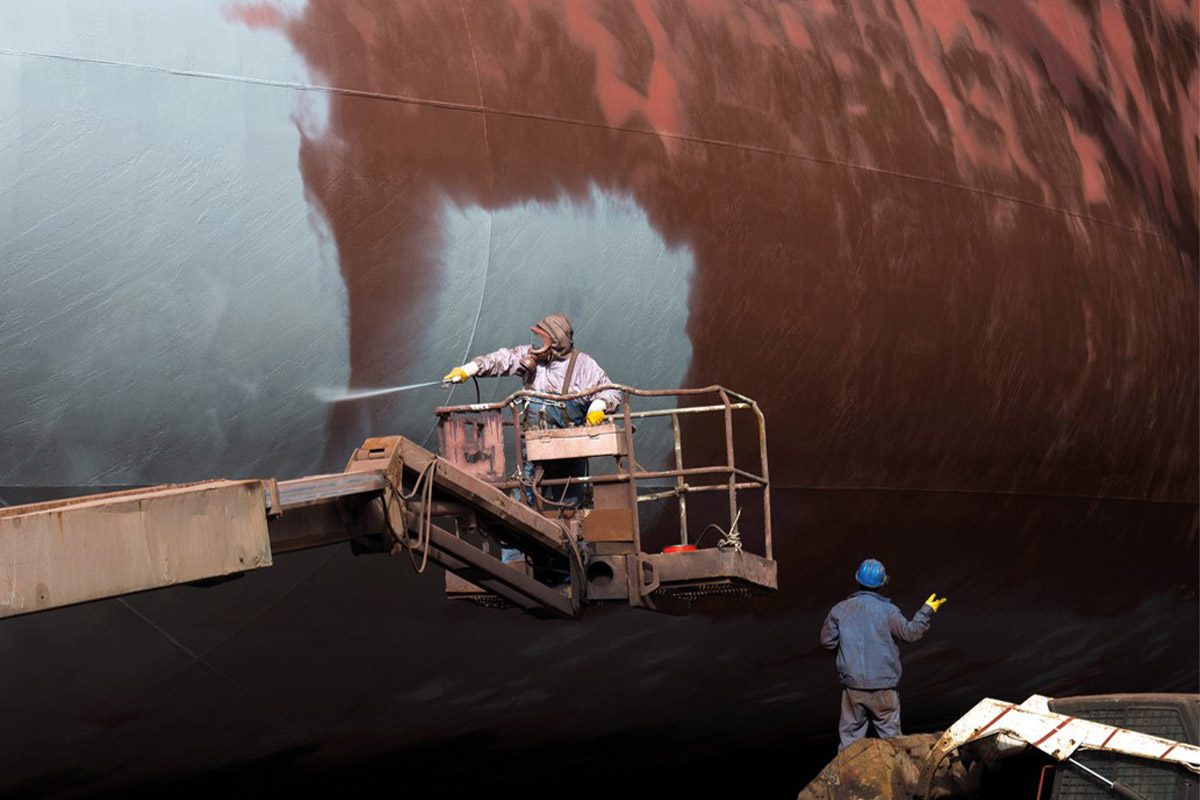 Almost all the thousands of container ships and other boats that sail around the world daily are coated with anti-fouling paint, which prevents invasive species from attacking the ships’ hulls (which, unchecked, tends to increase the water resistance).

Unfortunately, there are many harmful chemicals in the paints available today, such as copper. The Danish firm Cysbio claims to have found the solution, and has patented a fermentation technology to produce chemicals that are difficult to manufacture such as eelgrass acid.

Eelgrass acid can be used to prevent all kinds of microbes and even larger organisms from attaching to surfaces. It can therefore be used in anti-fouling paint for ships, thereby avoiding the use of environmentally harmful materials.

At present, anti-fouling paint tends to be based on traditional heavy metal-containing biocides, primarily copper, and it’s proven difficult to produce a more sustainable substitute.

Eelgrass has its own anti-fouling mechanism to eliminate unwanted microorganisms by producing eelgrass acid, says Henrik Meyer, CEO of Cysbio. He adds: “Eelgrass only produces a tiny amount of eelgrass acid, so extraction directly from the eelgrass plant material is not affordable and production by chemical synthesis is also too expensive to allow commercial use. However, by brewing the acid, much like brewing beer, using our genetically engineered microorganisms to make eelgrass acid, we can make production much cheaper and based on renewable carbon sources, thereby making the whole process and the antifouling products fully sustainable.

Without antifoulants in the paint, invasive organisms attack the ship’s hull, which increases the ship’s frictional resistance, decrease speed, and thereby increase fuel usage and shipping costs. The ship also emits more CO2 and risks spreading invasive microorganisms from one ecosystem to another. For these reasons, there hasn’t been any financial or environmental incentive to eliminate biocides in anti-fouling paints, says Cysbio.

“The problem is that the harmful effects of not using antifouling agents have been so great that we have chosen to live with copper accumulation.” said the firm’s Henrik Meyer.

Jens Tørslev from the independent research organization, DHI Water Environment Health, which specializes in aquaculture, agrees that the pros and cons of anti-fouling ship’s paint make for a hard balance. “The industry is aware of the paint’s unwanted effects, and earlier, there have been attempts to tighten the regulation for the use of chemical substances in ship’s paint. But the paint still contains some copper, and too much copper in the water can show their effects on the ecosystem. Now, there are alternatives for the industry, and that’s positive.”

Due to a lack of alternatives, anti-fouling paints containing copper are still permitted, but environmental authorities worldwide have still been applying pressure to discontinue it. Sweden has fully banned ships with copper paint in the Bay of Bothnia and freshwater lakes, while the Netherlands and California has introduced restrictions that prohibit the sale of ship paint with high concentrations of copper for yachts and recreational vessels.