The Government has committed to hydrogen heating for UK homes in a seemingly significant speech by one of the key ministers responsible for energy strategy.

In a debate on the potential for hydrogen and a new HyNet Hydrogen Village trial at Whitby near Ellesmere Port, which is running alongside the Hy4Heat programme, the Rt Hon George Freeman, Parliamentary Under-Secretary of State for Business, Energy and Industrial Strategy, welcomed the trials as a vital first step towards gathering the necessary evidence for a wider roll-out.

“We want to make sure that the trials lay the foundation for a wider nationwide roll-out.”

He continued: “The BEIS-funded Hy4Heat programme has shown that the use of 100% hydrogen can be made as safe as natural gas when used for heating and cooking in the types of houses that were studied.”

“[The trials] are designed to provide the Government with the necessary evidence to take big strategic decisions on heating within a matter of two or three years. I know the ambition that colleagues have shared today to go further and faster is shared by the Secretary of State, The Minister for Energy and the Prime Minister. It is not lack of political will that is holding us back.”

Responding to the Minister’s comments, Mike Foster, Chief Executive of trade association the Energy and Utilities Alliance (EUA), commented: “The government’s endorsement of a hydrogen future using our world-class gas distribution network is a tribute to the hard work of the heating industry in developing hydrogen technologies.”

Mr Foster also praised the commitment of boiler manufacturers to provide hydrogen boilers at no greater cost than current technologies – a commitment that was brokered by the EUA. “The Big Four boiler manufacturers price promise was noted by BEIS and has proven to be a decisive factor in the government’s commitment to a hydrogen future. The benefits for the climate, consumers and the heating industry have been made very clear and the government has responded.”

He continued: “This is also very good news for the UK’s installer base, whose knowledge and expertise will be needed to roll-out the installation of hydrogen boilers across the UK. I am glad that the EUA’s representations to government about the importance of having a ready-made workforce, skilled in the installation of gas technologies, has won the argument.” 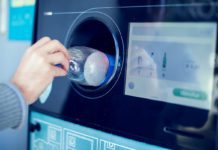