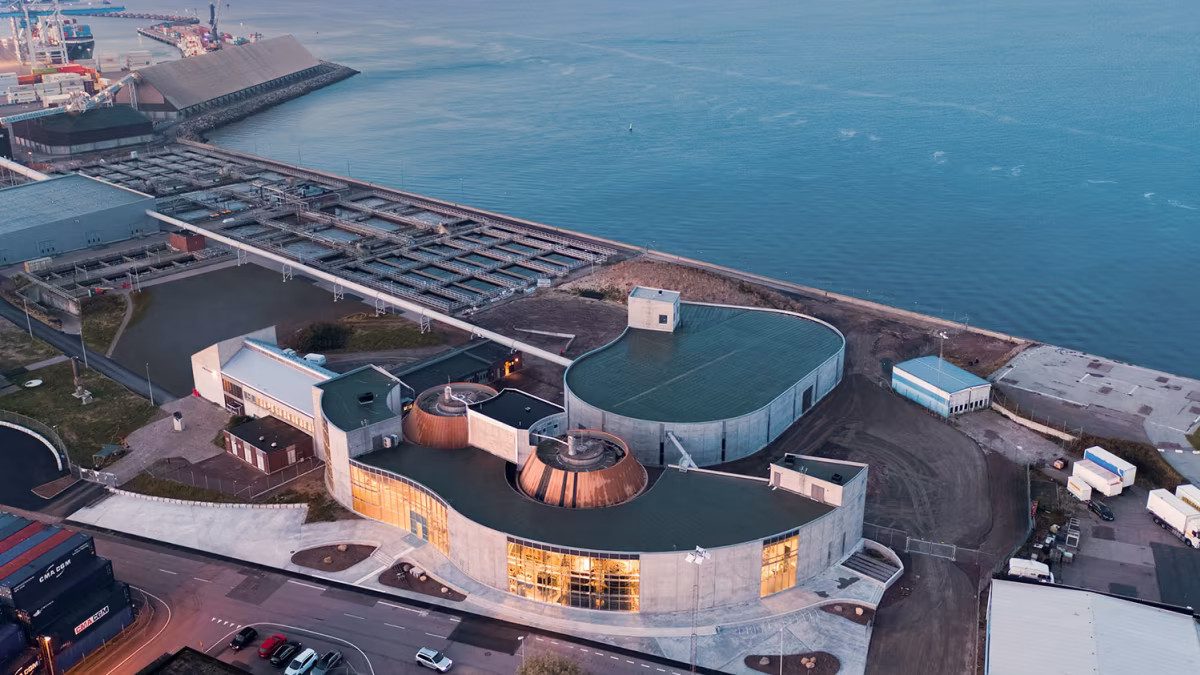 Thursday, 16 June, marks the official inauguration of RecoLab, an award-winning treatment plant for source-separated sewage in Helsingborg, Sweden. The facility – said to be the first of its kind in northern Europe – was recently recognised as ‘wastewater project of the year’ at the Global Water Awards. The approach allows more valuable resources to be extracted than is possible with conventional sewage treatment.

RecoLab manages the city district of Oceanhamnen’s unique system for separating three waste flows, the Three Pipes Sewer System (Tre Rör Ut) – one pipe for baths, dishwashing, and washing machines; one pipe for ground food waste; and one vacuum pipe for toilets. Over 2,000 new homes and offices in Oceanhamnen are the first in the world to use the new system at full scale – following its development in Helsingborg.

With a concentrated and separated flow of black water and food waste, RecoLab can produce 60-70% more biogas per person and year, recycle three times as much phosphorus (in purer form), and seven times as much nitrogen, compared to conventional sewage treatment. Grey water can also be recycled into drinking water and returned to the city. The system reduces emissions of nitrous oxide and carbon dioxide, and it also enables the energy-efficient elimination of drug traces.

”Among other things, the recycling of phosphorus is of great interest as this is a finite resource that is indispensable for our food supply and is on the European Union’s list of critical raw materials,” says Amanda Haux, Business Developer at RecoLab.

During H22 City Expo, an event focused on innovation and sustainable urban development in the Nordic region, daily guided tours of RecoLab are offered to visitors. The showroom is also available for pre-booked visits. Target groups include businesses, the residents of Helsingborg, and other groups who are interested in urban development with a focus on water and wastewater, waste management, and energy.