Homes are responsible for 35% of UK energy use, and emit 20% of our carbon dioxide emissions. We can’t create a low-carbon UK without drastic action to make them more efficient. Furthermore, cold, damp and inefficient homes are unhealthy to live in and bring misery to residents, states author, Cara Jenkinson, Ashden’s Cities Manager, in the briefing.

With 80 to 85% of today’s homes likely to still be standing in 2050, and the UK’s housing stock still one of the most energy inefficient in Europe, the country must carry out a national programme of upgrades at lightning speed.

“Retrofit of homes is too slow due to a lack of skilled installers and policy uncertainty, and the country needs to learn from those local authorities that are leading the way. A rapid retrofit response by councils, supported by long term funding, clearer regulation and a substantial investment in retrofit skills would kickstart a retrofit revolution country-wide,” says Ms Jenkinson.

The ‘Creating Warmer Homes’ briefing outlines how retrofit can play a major role in achieving the Government’s ambitious climate change target to cut emissions by 78% by 2035, catalyse the Levelling Up agenda, and tackle the cost-of-living crisis. But local government must receive the right support from national government, such as long term funding, stronger regulation and a massive investment in retrofit skills. At the moment there is a shortage of skilled contractors, made worse by national policy gaps, which need to be addressed.

The briefing draws on insights from Ashden’s awards process – a rigorous annual search for pioneering climate innovation – as well as over 40 case studies of council climate action prepared with Friends of the Earth. It is also informed by the experiences and views of councils in Ashden’s regional local authority learning networks, and their partnership work with organisations such as the UK Green Building Council, London South Bank University and Nationwide Building Society.

Ms Jenkinson also points out this action is especially urgent because of the high numbers of fuel poverty-vulnerable people in the UK as well as the urgent need to fulfil the nation’s climate change commitments: “Up to 12 million people could face fuel poverty by October, with half living in homes that don’t meet the government’s recommended energy efficiency standards. In fact, the UK’s housing stock is one the most energy inefficient in Europe.

Support for a National Retrofit Strategy, proposed by many in the building sector, is central to Ashden’s recommendations, which would provide the training and building industries with the commitment needed, and a reform of the apprenticeship systems which will help colleges, businesses, trainers and those looking for stable, future-proof jobs. Retrofitting just 20% of Greater Manchester’s 1.2m homes would create £3-5.4bn of economic activity.

Forty eight per cent of fuel-poor homes fall below the recommended government energy efficiency standard – EPC ‘C’ – and the most poorly performing homes, which are rated EPC ‘G’ use three times as much energy as the best-performing, according to the government’s annual fuel poverty statistics.

“Improving insulation really is the priority providing a triple win. By insulating homes, we reduce national carbon emissions, keep people warm and healthy, and boost local jobs. To do this makes sense, would be popular and socially and environmentally proactive,” says Ms Jenkinson.

Examples from the ‘Creating Warmer Homes’ briefing of home retrofit schemes that are leading the way:

Other local authorities such as South Somerset District Council and Greater Manchester Combined Authority are providing owner-occupier retrofit guidance, either through specialist agencies or community groups.

The report also gives recommendations for local authorities on assisting with finance (through partnering with social lenders as councils in South West England are doing), and ensuring Planning teams are supported so they can balance the needs for conservation against those of the climate emergency. For instance, Bath and North East Somerset Council have produced planning guidance to encourage home retrofit as well as providing planning officer support, and the Royal Borough of Kensington and Chelsea has recently removed the requirement for planning permission for solar panels on listed buildings. Including local government representation on the new Green Jobs Delivery Group is also suggested.

“The time to act is now,” says Cara Jenkinson. “The challenge of decarbonising homes can seem overwhelming – but examples of proven, practical innovation show that government and local authorities can accelerate action in this crucial area.” 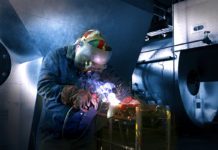 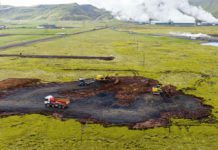 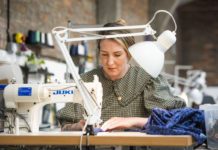