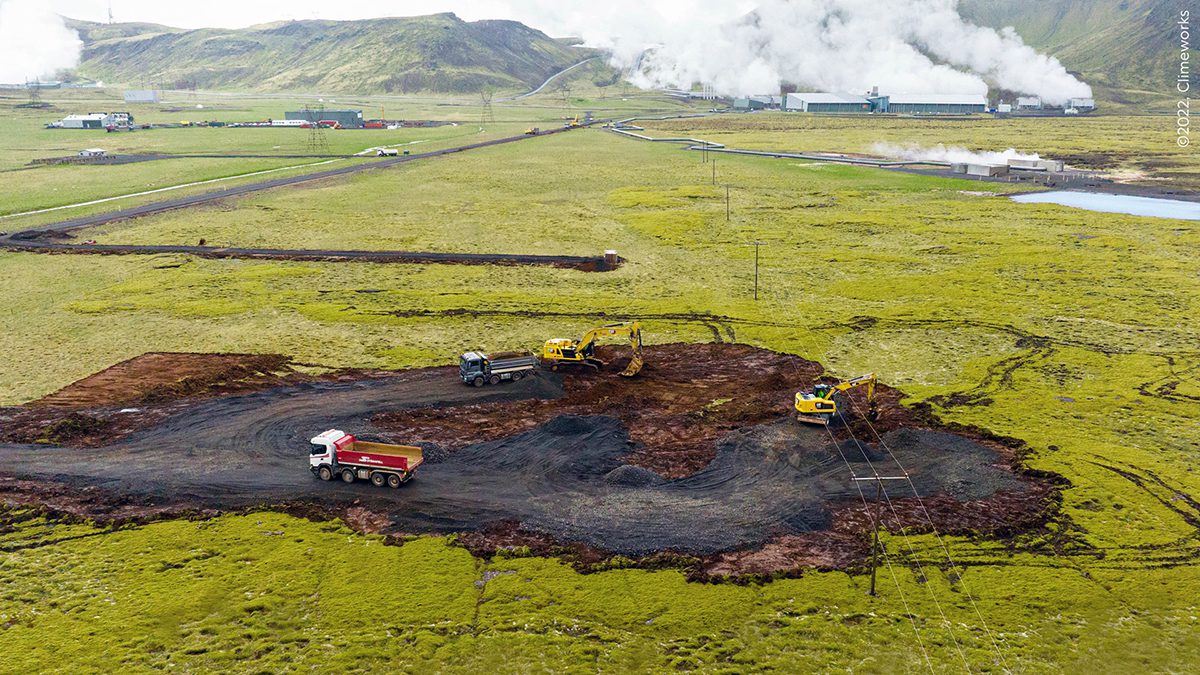 Mammoth is the firm’s 18th project and its second commercial direct air capture and storage plant. It is designed with a nominal CO2 capture capacity of 36,000 tons per year when fully operational – an order of magnitude larger than its predecessor Orca. Located in Iceland, construction is expected to last 18-24 months before operations start.

Mammoth will leverage the same direct air capture technology as Orca. The group said the new plant is designed with a nominal capacity of 36,000 tons per year when fully operational – an order of magnitude larger than Orca. The construction is expected to last 18-24 months before operations start.

The CO₂ captured at Mammoth will be handled by the firm’s Icelandic CO₂ storage partner Carbfix, which provides “a natural solution by turning CO₂ into stone underground in less than two years” – described as a natural process whereby the CO₂ reacts with the basaltic rock. The result is CO₂ removal from the atmosphere permanently.

The Hellisheiði electricity power plant operated by ON Power will supply Climework’s Mammoth plant and the Carbfix CO2 injection sites with renewable energy to run the entire direct air capture and storage process.

“With Mammoth, we can leverage our ability to quickly multiply our modular technology and significantly scale our operations. We are building the foundation for a climate-relevant gigaton-scale capacity, and we are starting deployment now to remain on track for this,” said Jan Wurzbacher, Co-Founder and Co-CEO of Climeworks.

“Based on most successful scale-up curves, reaching gigaton by 2050 means delivering at multi-megaton scale by 2030. Nobody has ever built what we are building in DAC, and we are both humble and realistic that the most certain way to be successful is to run the technology in the real world as fast as possible. Our fast deployment cycles will enable us to have the most robust operations at multi-megaton scale,” said Christoph Gebald, Co-Founder and Co-CEO of Climeworks.

Techniques for removing CO2 from the atmosphere are considered indispensable to remediating the damage of climate change, and three start-up firms currently dominate the sector, including Climeworks.

Comment: How the UK can lead the way in carbon management