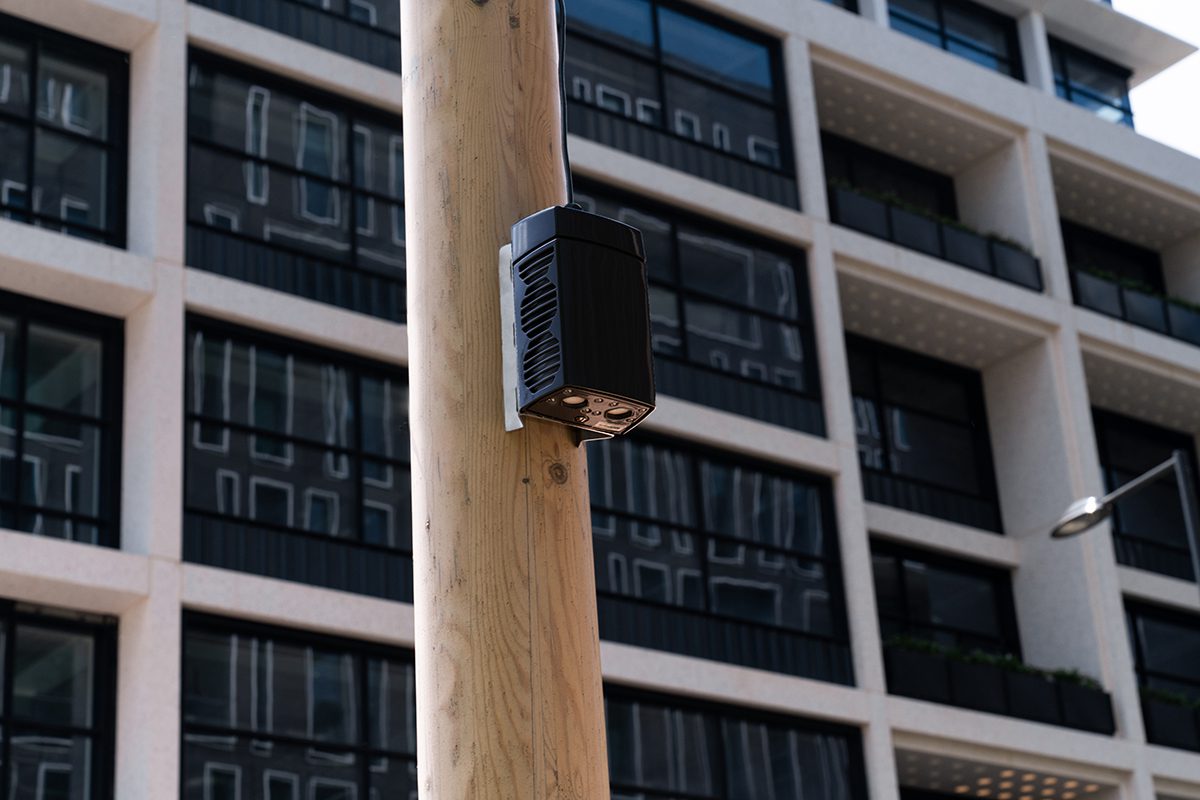 A seemingly ground-breaking street-level, real-time air quality sensor network has launched in Camden, presented by air quality specialist AirScape as a bid “to fundamentally transform how government, businesses and the public monitor and manage air pollution in urban spaces”.

The technology is said to provide a significant uptick in the spatial resolution of air quality sensing in the borough, by a factor of 45, incorporating more than 225 of the firm’s AirNode air quality sensors, a project completed in partnership with Camden Council and The Camden Clean Air Initiative. The new network also refreshes 60x more regularly than the existing system of air quality reference stations in Camden, “capturing and reporting hyper-local air quality data every minute to map the issue in real time”.

Initial data from beta testing over the past month has already revealed a number of interesting findings, says AirScape. On a micro level, the platform can identify daily ‘incidents’ which occur on one street but not another, and extreme pollution differences in time, shown in rush hour NO2.

Findings include:
· Tuesday, 1 March, the day of tube strikes in London, led to high increases in rush hour NO2, as more people relied on road transport.
· Friday, 17 June, the hottest day of the year so far, saw unhealthy levels of ozone across the Borough.
· Friday, 17 June, a large fire on Chalk Farm Road took place, which could be seen igniting and being extinguished on the AirScape platform, with a plume of harmful PM2.5 moving with the south westerly wind to the northeast

A local school group has used the data to conduct a lesson on air quality and local cycling groups are using the information to help choose the cleanest times and routes for cycle rides.

A recent report by the National Audit Office highlighted that the UK government is not on track to cut air pollution and is not effectively informing the public about the issue. AirScape presents itself as a potentially ideal solution to meet both challenges by making detailed and impactful air pollution data available to all.

Camden is the first local authority to adopt the AirScape network. The council was apparently the first to adopt WHO air quality standards.

Councillor Adam Harrison, Cabinet member for a sustainable Camden said: “Reducing air pollution is absolutely vital to improving the health and well-being of everyone in Camden. The detailed data from this network will revolutionise how we can engage with our community, giving us the power to make smarter, informed decisions to tackle air pollution.

“I’d like to thank AirScape, the Camden Clean Air Initiative, Camden’s in-house team of air quality experts and street lighting team for their sterling work in getting this network set up. Making this data freely accessible to all members of our community further demonstrates the council’s longstanding commitment to the open sharing of data in the public interest.”

AirScape says its approach has been designed to engage a range of stakeholders and the general public in this critical issue. The firm is working with The Camden Clean Air Initiative to encourage local groups, businesses, NGOs and members of the public to engage with the platform, now publicly and freely accessible at https://airscape.ai.

The data generated from the network can be used in a myriad of ways, enabling the public to choose less polluted routes from A-to-B, feeding into local traffic management policy and providing NHS Trusts and schools with information to help raise awareness of air pollution and protect vulnerable communities. The future possibilities of how the data can be used are vast and AirScape is aiming to engage with potential partners, clean air groups and councils to explore future collaboration.

Public funding to roll out an initiative of this scale to the rest of London and in cities around the world is limited, so AirScape is raising private funding and sponsorship from multiple sources – from individuals to large corporates – to accelerate change and save lives.

Jeffrey Young, CEO of The Camden Clean Air Initiative, said: “Those living, working and visiting the Borough of Camden must be protected from exposure to toxic air pollution. In order to improve air quality, we must first understand its sources – exactly what the ground-breaking AirScape project allows us to do.

“By partnering with AirScape, The Camden Clean Air Initiative has put Camden on the map for GreenTech, giving people across the Borough the opportunity to make informed decisions on how to dramatically reduce exposure to air pollution. The AirScape project aligns directly with The Camden Clean Air Initiative’s vision to fill the Borough with real-time air quality sensors and place Camden at the forefront of London’s sustainability agenda.”

With at least 40,000 premature deaths each year in the UK due to air pollution, toxic air is a known contributor to cancer, heart disease, strokes and asthma. Causing over 20x more deaths than road traffic accidents[iii], poor air quality costs society, businesses and our NHS services more than £15 billion a year. To reflect the increasing scientific evidence of the harm to health caused by toxic air, the WHO sharply reduced its guideline limits for air pollution last year.