Microplastics are a pathway for pathogens on land to reach the ocean, with likely consequences for human and wildlife health, according to a study from the University of California, Davis.

The study, published in the journal Scientific Reports, is the first to connect microplastics in the ocean with land-based pathogens. It found that microplastics can make it easier for disease-causing pathogens to concentrate in plastic-contaminated areas of the ocean.

The pathogens studied — Toxoplasma gondii, Cryptosporidium (Crypto) and Giardia — can infect both humans and animals. They are recognized by the WHO as underestimated causes of illness from shellfish consumption and are found throughout the ocean.

Commenting on the significance of the findings, Karen Shapiro, an infectious disease expert and associate professor in the UC Davis School of Veterinary Medicine, said: “Microplastics can actually move germs around, and these germs end up in our water and our food.”

The study’s findings indicate that, by hitchhiking on microplastics, pathogens can disperse throughout the ocean, reaching places a land parasite would normally never be found.

T. gondii, a parasite found only in cat faeces, has infected many ocean species with the disease toxoplasmosis. UC Davis and its partners say they have connected the parasite to sea otter deaths.

Crypto and Giardia cause gastrointestinal disease and can be deadly in young children and people who are immunocompromised.

“This is very much a problem that affects both humans and animals,” said first author Emma Zhang, a fourth-year veterinary student with the UC Davis School of Veterinary Medicine. “It highlights the importance of a One Health approach that requires collaboration across human, wildlife and environmental disciplines. We all depend on the ocean environment.”

The authors conducted laboratory experiments to test whether the selected pathogens can associate with plastics in seawater. They used two types of microplastics: polyethylene microbeads and polyester microfibres. Microbeads are often found in cosmetics, such as exfoliants and cleansers, while microfibres are in clothing and fishing nets.

They found that more parasites adhered to microfibres than to microbeads, though both types can carry land pathogens.

The authors say plastic makes it easier for pathogens to reach sea life in several ways, depending on whether the plastic particles sink or float.

Microplastics that float along the surface can travel long distances, spreading pathogens far from their sources on land. Plastics that sink may concentrate pathogens in the benthos environment, near the bottom of the sea. That’s where filter-feeding animals like zooplankton, clams, mussels, oysters, abalone and other shellfish live, increasing the likelihood of their ingesting both plastic and pathogens.

“When plastics are thrown in, it fools invertebrates,” Shapiro said. “We’re altering natural food webs by introducing this human-made material that can also introduce deadly parasites.”
The work underlines the importance of mitigation strategies including filters on washing machines and dryers, bioretention cells to treat stormwater, and best management practices to prevent microplastic release from construction sites. 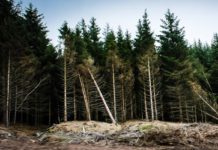 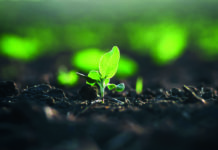 We need to change how we think about soil, says new research