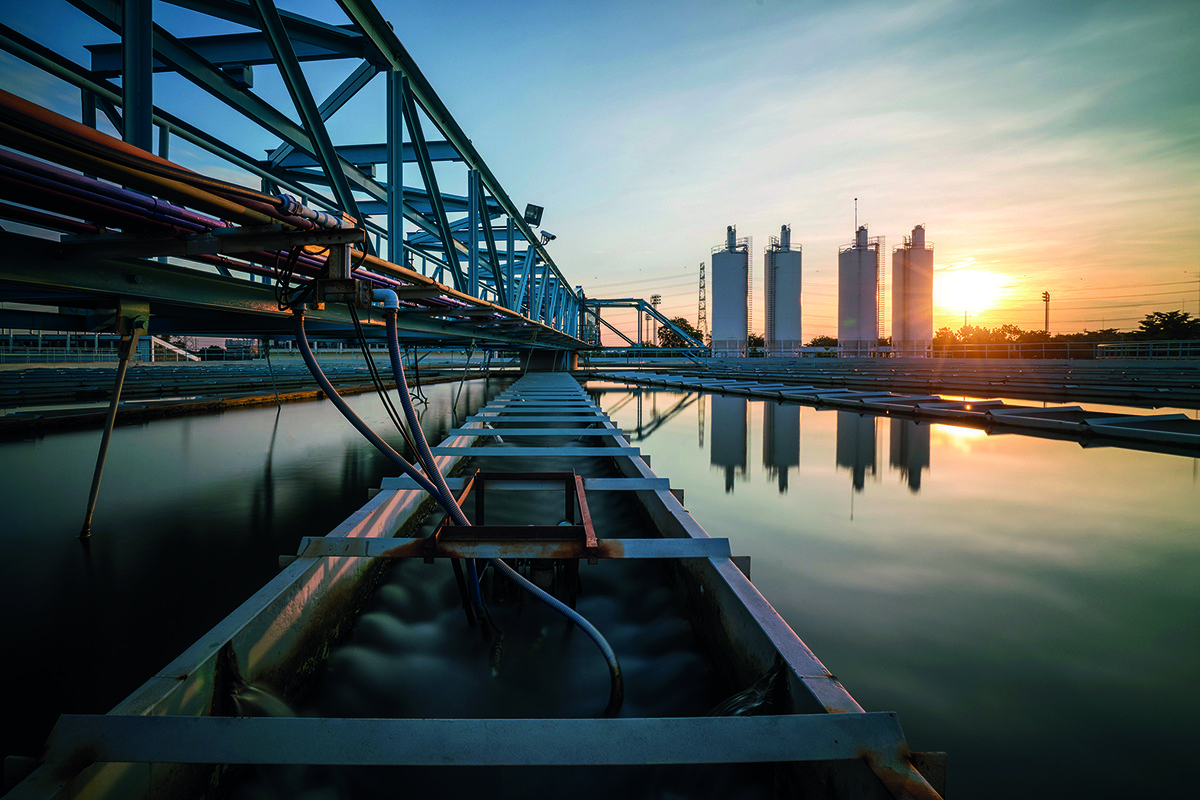 As technology and innovation consultancy Isle celebrates the 10-year anniversary of its presence in the US water market, Cristina Ahmadpour, Isle president and managing director (Americas), draws on the expertise of her team to reflect on the last decade in water and attempts to divine the critical drivers that will influence progress toward a sustainable and resilient water future.

What were the key issues when Isle Americas was founded in 2012?
Many of the challenges in the US were the same as today – with ageing water and wastewater infrastructure, water quality and chemical contamination all hot button issues.

Managing capital costs and operational costs with declining revenues were ongoing stressors across the last decade, and conversations about the value of water and how adequately priced services were topics of discussion even as far back as 2012. Over the last decade, we have seen a move away from the traditional design-bid-build process and alternative delivery methods such as progressive design-build, construction management at risk (CMAR), and others became more popular in supporting the delivery of large, complex, capital projects.

Resilience became a buzzword for the industry in this time, and throughout the 2010s, there was a big emphasis on the development and implementation of alternative water supply programs to address droughts, as well a water conservation programs through different rate structures, restrictions on water irrigation, and use of water- efficient fixtures and appliances to increase efficiency.

Information technology began to play a more central role in service delivery throughout the 2010s. While advanced metering infrastructure (AMI) technology had been fully deployed in the power and gas industries, water was just beginning to look into its adoption. Discussions around smart technologies and big data were common, but the challenge then was the cost and the capabilities of the technology.

In terms of customer engagement and communication, there was already lots of discussion and planning around ways to engage with customers and educate them, improve the level of service, and help support investments in water, which are starting to bear fruit today.

Drinking water 2012 -2022
During the early 2010s, US states, Native American Tribes, the Environmental Protection Agency (EPA), and the regulated community undertook to overhaul the Water Quality Standards (WQS) regulations, before issuing the final rule in 2015. While water quality has improved over the last decade, population growth, limited jurisdiction, and in some cases, unforeseen water stressors, such as emerging contaminants and climate change, have made these improvements challenging.

On the subject of water quality issues – in the aftermath of the 2014 water crisis in Flint, Michigan, many US cities started more closely inspecting and monitoring their own pipe infrastructure and water sources. In Flint, an extensive lead service pipe replacement effort has been underway since 2016, with innovative techniques such as machine learning used to predict the number and location of lead pipes.

In late 2021, EPA announced revisions to its Lead and Copper Rule, requiring utilities to identify and inventory lead service lines in their communities. EPA also announced a new proposed rule, the Lead and Copper Rule Improvements (LCRI), that will require the replacement of all lead service lines. Preparing for this is a current priority for many of Isle’s water utility partners.

While the issue of perfluoroalkyl and polyfluoroalkyl substances (PFAS) in drinking water was not a primary issue, in the 2010s, awareness of carcinogenic chemicals such as chromium-6 was. The chemical was brought under scrutiny by campaigner Erin Brockovich, and made famous in a popular 2000 movie that took her name – leading to attention from the public and legislators alike.

Fast forward to 2022, and the EPA has turned its attention to PFAS, and recently announced stricter advisory limits on four common substances found in drinking water and the environment. While the advisory is non-binding at present, it does mean state regulators may use these advisories to set legal levels in the coming years.

Nutrient pollution challenges have increased over the past 10 years, and 15,000 water bodies in the US have nutrient-related problems, which have led to the increase of significant water quality issues like toxic harmful algal blooms (HABs) and dead zones. A HAB in Lake Erie in 2014 resulted in unsafe drinking water for 400,000 residents for several days due to toxins caused by the HAB.

Since then, HABs continue to challenge water resource managers in the Great Lakes and waters around the US as nutrient pollution persists and changing weather patterns provide favorable conditions for their formation. Nutrient pollution from the Mississippi River basin, which spans 31 states in the US, has a large dead zone in the Gulf of Mexico that cannot support aquatic life.

Wastewater 2012- 2022
Much like drinking water, many of the challenges on the wastewater side continue today, such as driving efficiency in the wastewater process and meeting National Pollutant Discharge Elimination System (NDPES) permits. Over the last 10 years, NPDES permits have seen tighter discharge limits, driving utilities to look at advanced treatment and nutrient management.

While reclamation has been around for decades, indirect potable reuse and direct potable reuse is now a fixture in wastewater treatment plant (WwTP) rehabilitation, expansion and new facilities.
Ten years ago, it was still early days for automation of process control combined with efficient aeration technology. While many utilities are still on this journey – this has been the biggest shift of technology adoption in the last decade.

There was a significant boost 10 years ago when energy service companies (ESCOs) were a fast-growing means of project delivery, although this approach has more recently lost steam. However, Isle predicts there will be an uptick with the latest federal funding initiative.

In addition, increasing tipping fees, tightening regulations and limiting options for disposal of biosolids are driving more investment and regional partnerships today. This is an exciting space for the sector in terms of WwTPs truly becoming resource recovery facilities and playing a role in the circular economy.

What are the big issues for the next decade in water?
Looking ahead to the next 10 years, the team at Isle expect comprehensive and long-term approaches to community-based water management to become the norm, with resource recovery and the One Water movement – a collaborative cross-sector platform that brings together utility managers, sustainability directors, planners, community leaders, environmental advocates, business leaders, researchers, and others who are driving a movement towards One Water management. This is set to be the key transformational area that will increase resilience and reliability for communities, and better protect our previous environmental ecosystem and public health.

In part due to the high-profile coverage of issues such as the Flint crisis, water-users in the US are more engaged than ever. Understanding around the need for conservation measures and adoption of domestic water-saving devices is far more prevalent than it was ten years ago and we expect this to continue as technology and communications improve.

The public is clearly more engaged and knowledgeable and conscious of their water systems and mobile apps are widely used today for billings, payments and customer support functions, which were non-existent in 2012. On the utilities side, the vast majority are starting to move more data into cloud-based systems, and will be putting increasing time and resources into cybersecurity measures to tackle the increasing threat of cyber-attacks.

While many of the innovative technologies that are helping the water sector tackle issues such as asset management and water security are coming from Europe and Israel, the US is also developing plenty of exciting innovations, especially around data aggregation and visualization platforms, AMI, pipelining and asset locating. Isle Americas’ analysts predict US technologies will play an even greater role over the next decade, both at home and across the world.