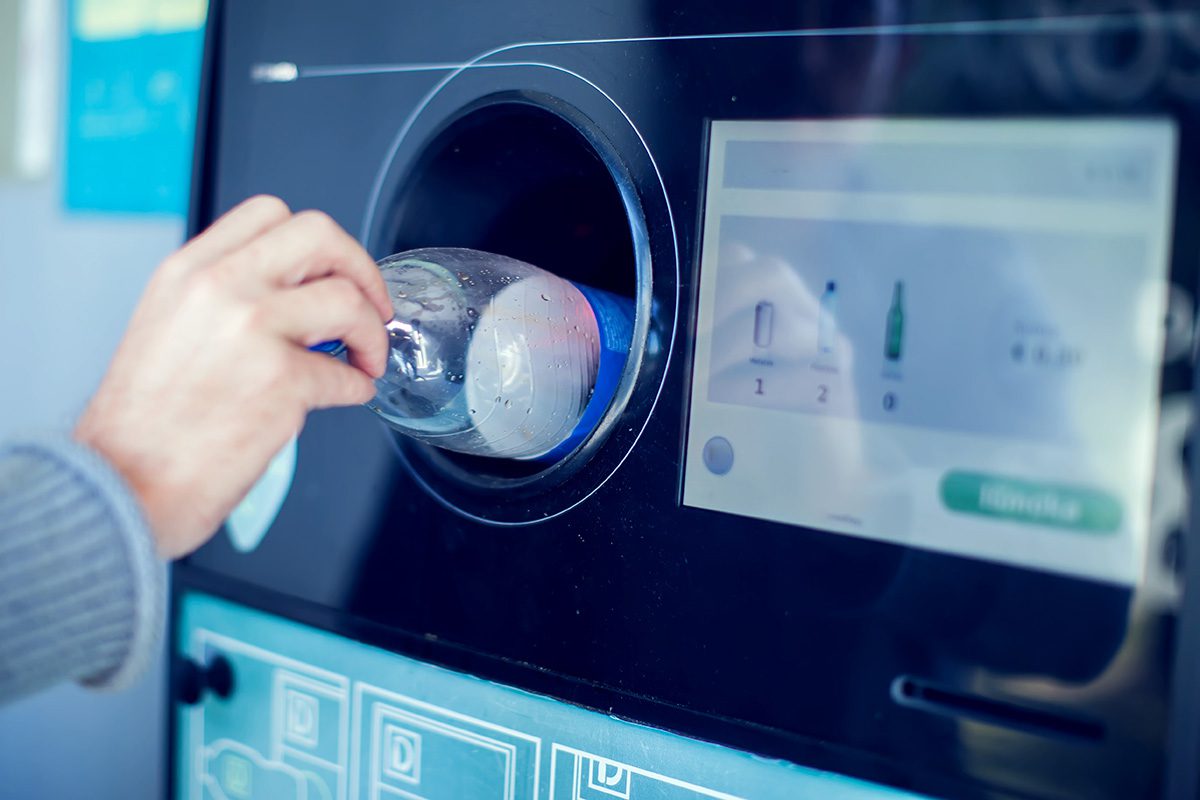 New research seems to show that 16 per cent of Brits don’t recycle, with a lack of knowledge about what can and can’t be recycled cited as the most common reason.

A new poll of 2,000 adults found that a third (34 per cent) believe recycling is unnecessarily complicated, whilst 45 per cent think that simplicity would be the most important aspect if the recycling system were to be redesigned.

In fact, recent figures from DEFRA show that the amount of household waste recycled in England fell by 1.5 per cent in 2020 to 44 per cent, 6 per cent below the EU minimum target of 50 per cent.

The research was commissioned by GS1 UK to gauge consumer awareness and attitudes ahead of the upcoming implementation of deposit return schemes.

Deposit return schemes are designed to encourage recycling by charging consumers a deposit on drinks containers which is refunded when items are returned to a collection point.

All four UK nations have announced that they will introduce DRS by 2025, with the Scottish scheme set to launch next year.

Despite the schemes’ impact on consumers’ wallets, the study found that only 42 per cent had heard of them and understood how they worked, whilst a quarter (26 per cent) had no idea what they were at all.

When how a potential scheme could work was explained, 60 per cent of consumers surveyed said being able to reclaim a deposit would make them more likely to buy products included in the schemes, and 57 per cent would do a lot more recycling if it meant they wouldn’t be left out of pocket.

The final rules and regulations are still to be decided with the four UK nations planning on taking different approaches with different timelines. GS1 UK, as a result, is calling for a future-proofed approach that delivers simplicity, convenience and ease of use for both consumers and industry.

Anne Godfrey, CEO of GS1 UK said: “The introduction of deposit return schemes will fundamentally change the way we recycle for the better. It will however add costs and complexity not just for consumers, but industry, waste collectors and local authorities

GS1 UK’s research amongst business owners also revealed a lack of awareness with 38 per cent that were not aware of the proposed scheme at all.

Despite the research showing that 69 per cent of businesses believe the introduction of DRS will be a positive step for their industry, four in 10 think that a deposit return scheme will have a negative impact on their own businesses.

Consumers could be in for a double price hike on items included in the schemes. A third (33 per cent) of businesses surveyed said they will raise the RRP of products to account for added operational costs and complexities.

Anne Godfrey continued: “There’s no doubt that the introduction of deposit return schemes can be a positive step forward, but the needs of consumers need to be carefully factored into their design if they are to have a meaningful impact.

“Our research has shown a little incentive can go a long way to encourage people to do the right thing and recycle more. The operational impact for businesses, compounded by the lack of awareness, means there are significant challenges that will need to be addressed in the next two years.

“We have a limited window of opportunity to help the industry solve this conundrum. In the meantime, much more needs to be done to inform consumers and change their behaviour. Only through this level of focus and collaboration will any scheme stand a chance of being successful.”

Nadiya Catel-Arutyunova, policy advisor for the British Retail Consortium, said: “A well-designed DRS can bring us one step closer to creating a circular economy and the retail industry is working tirelessly to make it happen.

“A successful scheme needs to be simple and straightforward for shoppers if we are to change recycling behaviours. It also needs informed consumers, which is why we back calls for greater awareness raising from UK governments and deposit management organisations, to ensure customers know exactly how to return their containers and redeem their deposits.”