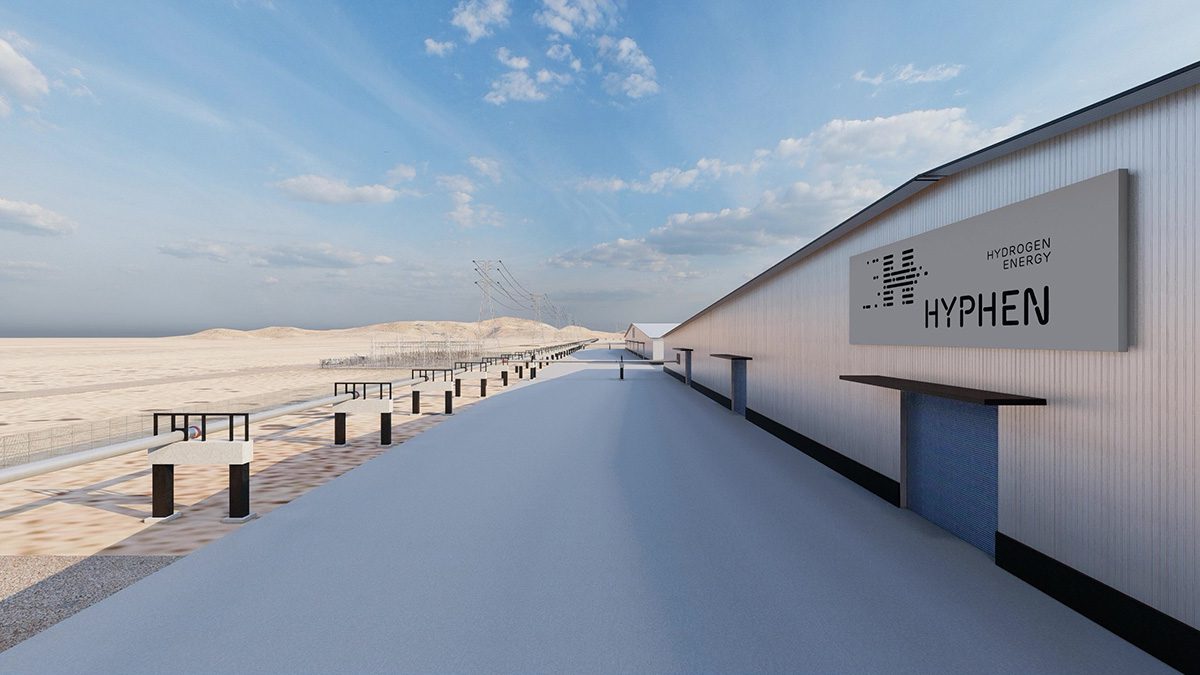 Namibian-headquartered Hyphen Hydrogen Energy (Hyphen) says it is making positive progress on its discussions with the Namibian Government as it moves towards signature of the Implementation Agreement before the end of the year for its planned US$10 bn Namibian green hydrogen project.

At full scale development, the Hyphen project is expected to produce ~350,000 tons of green hydrogen per annum before the end of the decade for regional and global markets, from 5-6 GW of renewable generation capacity and ~3 GW of electrolyser capacity. Hyphen and Government are targeting the commencement of construction in January 2025, with commissioning of the first phase by the end of 2026. The total investment in over both phases is ~US$10 billion, roughly the equivalent of Namibia’s annual GDP.

Hyphen’s sister company, Hyphen Technical, together with partners TransNamib, CMB.TECH and the University of Namibia was selected in August to develop a hydrogen-powered locomotive with two hydrogen-diesel dual fuel locomotive prototypes with a hydrogen fuel tender wagon. The H2 locomotive conversion project, at a cost of €7.63 million, is being part funded by grant funding from the German Federal Ministry of Education and Research (BMBF), through the Namibian Government, supported by Southern African Science Centre for Climate Change and Adaptive Land Management (SASSCAL). This is intended to act as the first step in the journey of the conversion of TransNamib’s locomotive fleet, that uses 11 million litres of diesel a year, to ultimately operate on green, carbon-free fuel and demonstrates the commitment by the Namibian Government to develop the entire green hydrogen value chain in the country, including hydrogen use applications.

Marco Raffinetti, CEO of Hyphen Hydrogen Energy, said: “We’re very pleased at the commitment and rapid pace of progress that the Namibian Government has shown as we move towards concluding the Implementation Agreement to enable us to start the next phase of the project. It demonstrates the Government’s belief in Hyphen’s vision and capability to execute this ambitious and transformative project. Our project will put Namibia’s green hydrogen industry firmly on the global energy and decarbonisation map and position Namibia for rapid green hydrogen scalability. I would like to thank the Government for their support to date as we move forward together to deliver this important project for the country.

Hyphen’s last announcement was at the World Economic Forum (WEF) in May, when it laid out “an ambitious timeline to realise this transformative project”.