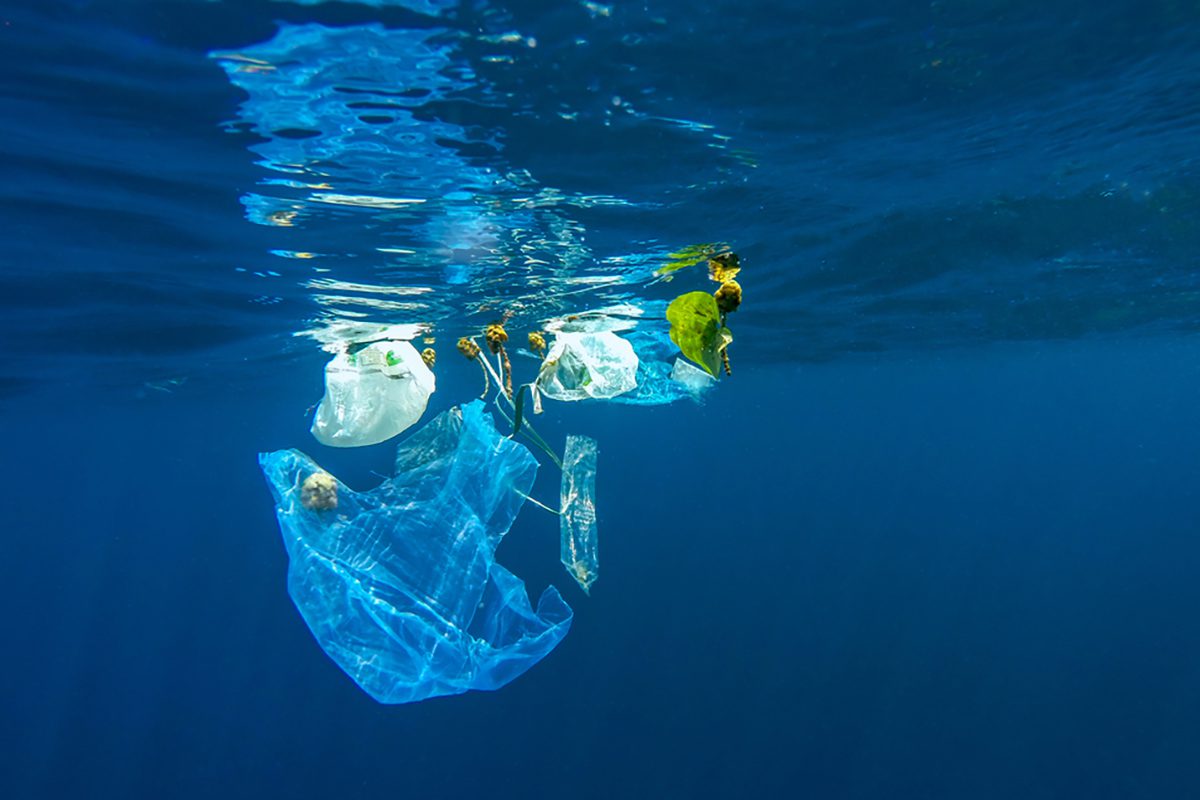 The United Nations is being urged to make a bold pledge and set a target of zero for new plastic pollution by 2040 in its upcoming Global Treaty to End Plastic Pollution. Plastic production and subsequent pollution are key drivers of climate change, the focus of discussion at COP27 in Egypt this week.

In an article published on 9 November in Nature Reviews Earth and Environment, Professor Steve Fletcher, Director of the Global Plastics Policy Centre at the University of Portsmouth, sets out his reasoning for the ambitious target. The team from the University have advised the United Nations Environment Programme, G20, and World Bank on plastic policy, including the possible structure and content of the global agreement to tackle plastic pollution.

Fletcher said: “The treaty’s target must be ambitious and meaningful.”

“We are calling for the UN to aim for a minimum goal of 0% new plastic pollution by 2040. To achieve this, policymakers, businesses, researchers and wider society must go beyond the existing best available technology and practice and be radical in their thinking to develop a coordinated global strategy to tackle plastic pollution.”

The aim of the global treaty is to end plastic pollution, but there is no set target yet – this is something that is still to be discussed during the on-going negotiations. Professor Fletcher says: “the Global Plastic Treaty needs a target that is clearly defined. At present, there is ambiguity about what ‘ending plastic pollution’ actually means. For the treaty to work it’s vital for there to be a single target and an agreed strategy.”

The paper explains that as well as a tightly defined target there needs to be aligned metrics to measure progress and that international policies should be delivered by harmonised action at a national level. Together, it is believed, these three components should lead to a systemic shift that is needed to end plastic pollution.

There are nearly 200 nations committed to the development of the Treaty. With each country working with different financial, social and political priorities and obstacles, the University of Portsmouth team believe governments will have to stay focused in their quest to end plastic pollution. The authors of the article say it is critical that the target is clear, measurable, and has a timeframe that is relevant. They also feel it is not realistic to expect countries to clear up all existing plastic pollution. Instead they recommend efforts should be focused on stopping new plastic pollution entering the environment.

Professor Fletcher and the team at the Global Plastics Police Centre say current national plastics policies only address a fraction of plastic pollution. They believe ambition is limited and policies often only extend the time before plastic becomes pollution, rather than tackling the root cause of the problem. They are calling for a globally coordinated approach that regulates the entire length of the international plastics value chains and confronts the environmental, economic and social impacts of misaligned plastic policies.

Lead author, Antaya March, from the Global Plastics Policy Centre, University of Portsmouth, explains the challenges to be overcome: “Plastic is extremely useful, but mismanagement has led to a global pollution crisis that is exacerbating climate change. A complete transformation to a circular plastics economy is needed to radically reduce or eliminate plastic pollution while supporting necessary use.”

The research associate believes local issues are often the result of international problems. Ms March says: “Plastic value chains typically pass through multiple jurisdictions with different laws, rules and norms. At best, country-specific policies, such as bans on specific plastic products, do not have the reach to meaningfully affect global drivers of plastic pollution. At worst, they create international legal and policy inconsistencies that push plastic waste to places with the least capacity to deal with it safely. It is estimated that current commitments to tackle plastic pollution will only decrease plastic entering the environment by approximately 7% by 2040 compared to business as usual. This is why we need an ambitious target that all nations can work towards.”

Professor Fletcher says: “It is a huge achievement that the development of a global legally binding treaty by the UN to end plastic pollution is underway. But to be effective, the global treaty requires new levels of transparency, disclosure and cooperation to support evidence-based policymaking that avoids the fragmented and reactionary policies of the past. A system change needs to arise that fundamentally alters the way we behave and interact with plastic”

For a full copy of the paper click here.