A group in the US claims to have made an important advance with the transducers that use ultrasonic guided-wave technology to detect anomalies in pipes, helping users prevent leaks before they start. 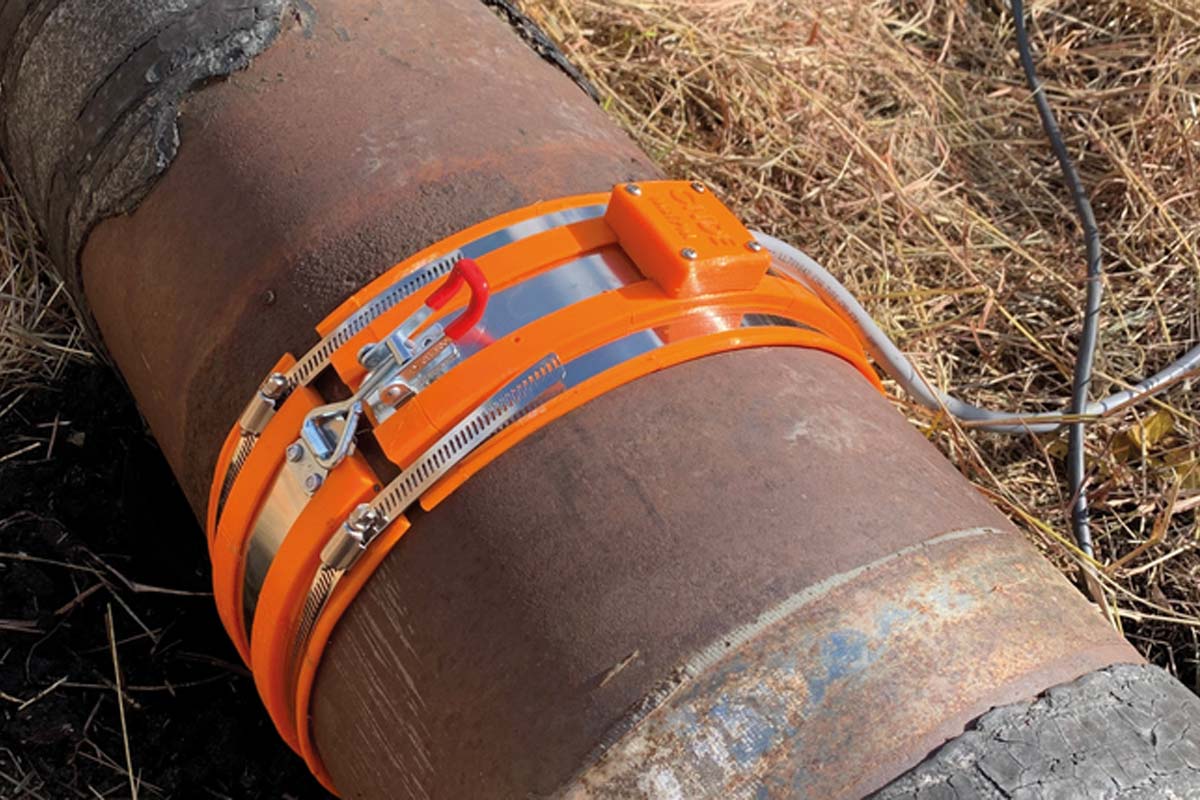 “Pipeline corrosion resulting in leaks is very common,” said Sergey Vinogradov, an engineer at the Texas-based Southwest Research Institute (SwRI), who helped develop the approach. “There are only a few current methods to detect defects before they cause leaks.

Quite often, the pipe is repaired and re-inspected after a leak occurs. We’ve developed a technology that can consistently monitor the pipe’s condition, hopefully preventing leaks from happening in the first place.”

The technology is known as a Magnetostrictive Transducer (MsT) Collar. It was originally developed by SwRI in 2002. The updated version has a flat, thin design allowing it to be used on pipes in tight spaces. In custom configurations, it can withstand heat up to around 200ºC. The new, segmented MsT design also features eight sensors that allow the transducer to more accurately identify where in the pipe corrosion is occurring.

The MsT Collar employs magnetostrictive sensors, which generate and receive guided waves that propagate along an elongated structure, guided by its boundaries. This technique allows the waves to travel long distances with minimal loss in energy. In some cases, hundreds of meters can be inspected from a single location, though obstacles such as couplings would require an additional sensor.

“Instead of using one sensor to cover an entire pipe circumference, allowing only the axial location of an anomaly to be measured, we now have eight sensors in the transducer,” said Vinogradov. “Each of the sensors are independently connected to the electronics so that all possible guided wave signals can be acquired. Algorithms combine this information to better detect and locate the anomaly both axially and circumferentially, and the growth of the corrosion can be monitored by examining data sets acquired over time.”

The MsS system can send data to a remote terminal via a wireless transmitter unit or awired connection. While designed for oil and gas transmission pipelines the approach is also relevant to pipes for water, heating, or in chemical plants.