Brawoliner 3D, a liner that is gaining increased acceptance with drainage maintenance and repair companies, was called into action for a project to rehabilitate a small part of the foul drainage system at a food processing plant in Lincolnshire.
The problem was the urgent rehabilitation required for a 61-metre long, 150mm diameter foul water pumping pipeline that is in constant use during production. While the work itself at first did not appear overly difficult, one of the main obstacles to a successful outcome was that access to the pipeline could be achieved only during scheduled shut-down periods or between shifts when it was inactive. That meant any rehabilitation approach had to be quick and easy to install and at the same time provide significant continued operating life. In response, the main contractor turned to Peterborough drainage contractor Dalrod for an answer.
Investigation of the foul water pump pipeline from the factory end to the pump pit revealed that because of access difficulties the short length of pipe would have to be treated as two separate sections. Although only 39.5 metres long, the more difficult section of pipe in need of rehabilitation had 10, mostly 90 degree, bends that had to be lined without affecting the pipe’s capacity. Also, the pipe had problems not only related to its ongoing operations.
A previous attempt at rehabilitation, undertaken by another contractor, had left the pipe with varying internal diameters; in some areas the poor liner quality had reduced the nominal diameter by up to 50%, even over this relatively short length. That meant the ‘old’ liner had to be successfully negotiated by any subsequent rehabilitation technique or the capacity reduction. To overcome the problems Dalrod chose the Brawoliner 3D lining system, provided in the UK by Peterborough firm C J Kelly Associates.
The system was developed especially to meet the demands of pipes that have big dimension changes or situations where several diameter ‘jumps’ occur over one length. 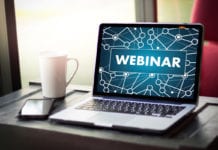 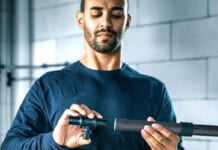 Notes from the trenchless…