European government’s are struggling to address the issue of air quality in a way that is practical and meaningful. For the UK the problem seems mainly one of traffic pollution, an area that is becoming better understood. EU air quality legislation is also being reviewed in 2013, to incorporate the latest health findings 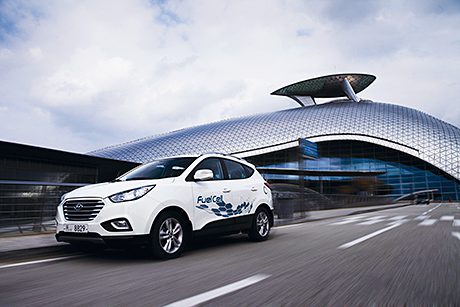 AIR quality seems widely viewed as a challenging issue for governments to address.

While it has consistently improved in recent decades, shaped in part by legislation on industrial and vehicle emissions, there remain areas of Europe where certain pollutant levels regularly exceed the levels considered acceptable in terms of their health implications and impact on the environment.
The EU addresses air quality via a number of legal instruments. The EU Air Quality Directive has been in force for the past ten years, and specifies “limit values” for certain pollutants which governments are not allowed to exceed too regularly, with the European Commission having the power to impose fines in cases where they do.
The problem is complex: There are many pollutants worthy of concern, some of them produced by disparate sources (whose contributions are not always well understood), and manifesting in different ways. Some, like nitrogen dioxide, tend to cluster in “hotspots” – in NO2’s case, places of high traffic congestion. Some only occur episodically while others are more or less consistent throughout the year.
Many European governments continue to exceed the limit values for many of these pollutants, some quite regularly. For the UK, the especially problematic pollutants are particulates (or PM10) and nitrogen dioxide, both of which are to some extent attributed to traffic pollution. Figures on these exceedances are readily available via the website of Defra.
Other pollutants are problematic in other locations. For example, Athens and other big cities in the south of Europe are more affected by ground-level ozone. For the UK, ozone exceedances are an episodic problem occurring mainly in the summer months or when certain meteorological conditions arise.
In the latest figures from the European Environment Agency, London has the highest levels of nitrogen dioxide of any capital city in Europe, according to the advocacy group Clean Air in London. Poor air quality is estimated to cost the UK economy up to £16 billion every year. And it is said to kill more people here than heavy drinking or road accidents, a fact the advocacy group Clean Air London made much of in June when it was discovered that more than 100 MPs it surveyed were unaware of it.

UK brought to book
Prior to this, in May, it was widely reported that the UK government had lost a case brought against it by the environmental lawyers ClientEarth, the Supreme Court ruling that the government had failed in its duty to meet EU air pollution limits, in this case with respect to nitrogen dioxide emissions. The case was heralded as demonstrating that non-governmental organizations (NGOs) can successfully mount a legal challenge against a government to enforce clean air laws, a development that has been lauded by environmental groups.
Is the government doing enough? ClientEarth filed its first complaint two years ago, to address the government’s failure to comply with Article 22 of the European Air Quality Directive. Since then, ClientEarth lawyer Alan Andrews has said he believes the government’s attitude has, if anything, gotten worse, as he told the press in June, and is proceeding mainly by a strategy of trying to weaken the nitrogen dioxide limits, taking advantage of the fact that 2013 is the EU’s Year of Air, a period in which EU air quality legislation is under review.
Different perspectives on the issue were forthcoming from some of the experts we approached for comment. Paul Monks, a professor of physical chemistry at the University of Leicester and a former chair of the Air Quality Expert Group that advises Defra, suggested there was certainly a sustained need to work on air quality, but that he didn’t think finger pointing was useful. “It’s not a particularly UK-specific problem,” he said. “The Germans, the Dutch, ourselves – we all have the same problems.” The problems are in part to do with the European legislation, he suggested, particularly with respect to nitrogen dioxide, for which a large culprit is the emissions from diesel vehicles. “It’s down to standards not working as well in real-life conditions as they do under test conditions.”
Duncan Mounsor, the md of Gloucester-based Enviro Technology Services, a supplier of air quality monitoring products, said: “It’s very difficult for governments to really get air quality levels down to the levels specified in the European Directive.”
Today’s problems with air quality come largely down to vehicle emissions, said Mounsor – on an island with 60 million people and 35 million vehicles. Nitrogen dioxide is the major concern here. NO is emitted by modern car exhausts, which then reacts with oxygen in the atmosphere to produce NO2.

Pollution tradeoffs
One of the problems has been that, by attempting to tackle one area of traffic pollution – namely PM10 – car manufacturers have contributed to another, nitrogen dioxide. Technologies such as particulate traps, to stop particles like PM10 escaping from exhausts, reach such high temperatures during operation that they actually help convert any emitted NO into NO2.
Another reason for the NO2 problem is the fact that modern diesel engines emit NO2 directly, something that came as a bit of a surprise when it was first discovered, says Mounsor.
Look at the contribution of vehicle emissions alone – believed to be the most important contributor to air pollution in the UK – and it becomes apparent how complex and confusing is the problem. If you look at the particles near the roadside, the evidence points to the fact that “exhausts are ten times cleaner than they were a decade ago. What’s coming out is very little,” said Monks.
Indeed, findings reported in June suggest that exhaust fumes may only contribute around a third of the problem of traffic pollution, at least where particulates are concerned (see “Non-exhaust pollution may be more important” on page 13). In a recent study by the University of Hertfordshire, which measured roadside pollution inside a tunnel – to allow weather effects to be discounted – nearly half of the particles measured near the roadside appeared to come from non-exhaust sources such as the wear from brake discs and road surfaces, as well as the particles whipped up from the road by passing vehicles.
Controlling these non-exhaust sources of pollution is more difficult, said the study’s leader, professor Ranjeet Sokhi of the University of Hertfordshire, and probably relies on the development of new materials for tyres and brakes, and different methods of constructing road surfaces.

Traffic control
One important direction of progress for improving air quality may be with respect to traffic patterns. Vehicle emissions may be coming down but increasing traffic densities seem to be undermining any positive impact such improvements could have on air quality. Monks suggests our hopes for achieving satisfactory air quality levels in the future should be invested not only in ongoing progress with low-emissions vehicle technologies – hybrid cars, and the like – but with ways of changing transport patterns.
Some of his own colleagues at the University of Leicester have been conducting feasibility studies for a system called iTRAQ, which uses artificial intelligence techniques to come up with better ways of managing traffic flow in real time – in this case in the city of Leicester – using traffic flow and air quality information, in addition to near real-time data from space and in situ measurements, to manage traffic flow. The aim is to reduce congestion, improve the performance of public transport networks and improve air quality.
So far iTRAQ has been through a feasibility study, when used in simulation. It concluded that iTRAQ is technically feasible and can achieve improvements in both traffic and air quality.
But whether or not the UK government is successfully brought to book for its alleged failures to address air quality, an important backdrop is provided by the fact that EU air quality legislation is currently under review, with 2013 having been designated its “Year of Air”, a time for reflection and possible changes to ensure the legal instruments are appropriate to the task.

The concept of limits may be limited
One rather fundamental issue being addressed is whether or not the concept of a “limit” is really valid at all. EU legislation like the Air Quality Directive has been built upon the idea that there exist threshold values, or safe limits, below which the harm to human health and the environment is acceptable or insignificant. “Some studies suggest that where we thought there was a threshold, it may not exist,” said Sokhi. “So, in other words, any level of pollution might be bad for you.” He added that this work has been incorporated in the latest review of EU air quality policy – soon to be published.