To understand and predict the behaviour of volcanoes, scientists are now combining geological monitoring and geochemical models. By measuring and monitoring the prevalence of gases like CO2, scientists hope to be able to better predict the likelihood of volcanic eruptions.

In the past predicting when one of the world’s 1,500 volcanoes is about to erupt has been based on monitoring and measuring the seismic activity around the site. However, since the 1970s correlation spectrometers have been used to measure the levels of sulphur dioxide in the volcanic plume, as scientists began to understand that higher levels of gas emission from a volcanic site indicated a higher chance of eruption.

In more recent times, using geochemical models, a growing body of research and evidence shows measuring the levels of emitted CO2 can be used to predict the risk of an eruption.

Sitting to the north of Sicily, Italy’s Mount Stromboli has erupted almost continuously for over 2,000 years. This volatile island is the perfect environment for volcanologists to test their theories, confident that they won’t need to wait too long for an eruption.

When magma begins to rise to the surface its pressure decreases, releasing gases into the environment. This process, known as degassing, releases volatiles into the air, including water, CO2, sulfur dioxide (SO2) and hydrogen sulfide (H2S).

These gases escape through fumaroles, appearing as plumes of smoke. Scientists have discovered that by studying the composition of this gaseous mixture and monitoring fluctuations in their composition, they may be better able to predict the likelihood of volcanic eruption.

Between 2007 and 2012 Italian scientists at the Stomboli Volcano used fixed cameras and a Multi-GAS analyser (to monitor SO2 and CO2 fluxes), in addition to continual fumerole temperature recording, to monitor geological and geochemical variations at the site.

An Edinburgh Sensors’ Gascard NG gas sensor was used, within the Multi-Component Gas Analyser System (Multi-GAS), to calculate the CO2 concentrations within the volcanic flume. Located 2m inside the volcanic fracture, the automated instruments provided CO2 recordings within a measurement range of 0-3000 ppm; at an impressive accuracy range of ±2 % and a resolution of 0.1 ppm.

The Multi-GAS system allowed researchers to map the long-term CO2 trends at the volcano, establishing a mean value, and recording variations. When considered with all other data collected at the site, analysis shows correlation between CO2 spikes and volcanic activity.
Monitoring of the degassing activity can also help scientists gain insight into the ‘plumbing system’ within a volcano, its architecture beneath the Earth’s surface. 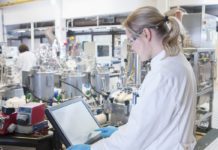 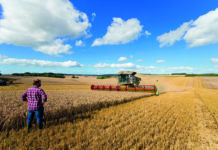 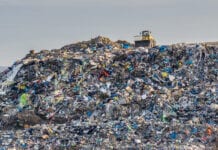