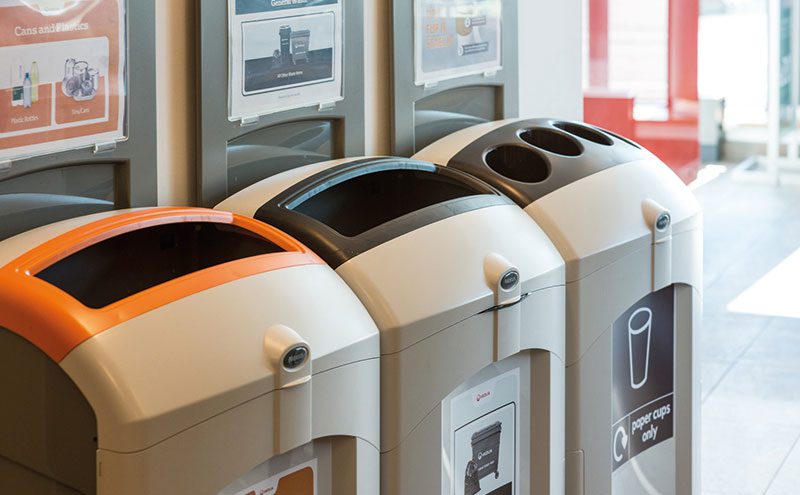 The UK Parliament’s Environmental Audit Committee has called on the government to introduce a 25p charge on takeaway coffee and for all coffee cups to be recycled by 2023.

MPs made the recommendations known on 5 January, in the publication of the findings from an enquiry into coffee cup packaging announced in September 2017.

Revenue from the new charge – the “latte levy” – will be invested in the UK’s reprocessing and recycling infrastructure.

Take-away coffee cups can appear to be made entirely of cardboard but their polyethylene liner – and its tight bonding to the cardboard – make them very difficult to recycle: 99% of them end up in landfill or incineration.

The report, Disposable Packaging: Coffee Cups, calls on the government and the industry to set a national target to ensure that all single-use cups are recycled by 2023. Pressure should be brought to bear on packaging producers to improve the recyclability of their offerings, recommends the report. In addition, labelling should be improved to keep consumers informed on how best to dispose of cups.

And if all these measures don’t achieve their aims, the EAC calls for an outright ban on disposable coffee cups.

“The UK throws away 2.5 billion disposable coffee cups every year; enough to circle the planet five and a half times. Almost none are recycled and half a million a day are littered. Coffee cup producers and distributors have not taken action to rectify this and Government has sat on its hands.

Although some coffee shops provide discounts for customers who bring their own cup, uptake of these offers is low at only 1-2% of coffee purchases. Consumer behaviour has been changed significantly by the plastic bag charge (which reduced plastic bag usage by over 83% in its first year), and the committee concluded that consumers are more responsive to a charge than a discount.

The report calls on retailers to take more responsibility by not only enforcing the 25p charge but by encouraging “a culture of using a reusable cup wherever possible.”

The report criticised industry inaction but there have been some efforts made by retailers in this direction. For example, Costa and Starbucks already offer 25p discounts for customers who bring reusable cups. Veolia has worked with these firms and says it has recycled 10 million cups nationwide.