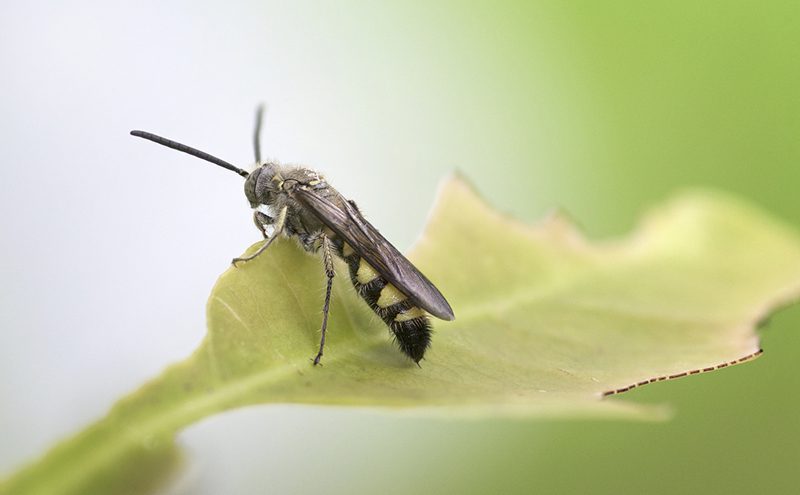 A greedy type of fly could provide Scotland’s fish farms with a surprising new source of protein, according to a report from Zero Waste Scotland. The report, which has been published in advance of an event that will explore the opportunities for insect farming in Scotland, highlights the economic and environmental potential of black soldier fly.

Black soldier fly larvae are voracious eaters and that hunger could hold a solution to how Scotland deals with one strand of its food waste. Those larvae can feed on organic residues, including from food manufacturing and agriculture, fattening them up and making them an appealing source of protein for salmon. The larvae can then be processed and used in high quality salmon feed.

While insect farming may sound bizarre to some, it has already gained significant traction across the EU and beyond, where companies and governments are making major investments in insect farming operations. As Scotland’s second biggest food export industry, salmon farming uses huge volumes of feed, with a lot of it sourced from wild caught fish.

This could be replaced by ingredients from black soldier flies, making it an attractive circular economy opportunity for turning food which might otherwise have been wasted into a valuable feedstock. Even the by-products from insect farming could have potential economic value, as they can be processed and turned into biodiesel, chitin and fertiliser. With a world leading food and drink manufacturing sector, a large salmon farming industry, and an emergent biorefining industry, Scotland is well-placed to be a global leader in insect farming.

The evidence gathered by Zero Waste Scotland suggests that black soldier fly could also be part of the solution for environmental problems associated with food waste. At present, the most environmentally effective method used for treating food waste in Scotland is anaerobic digestion (AD). Zero Waste Scotland’s report estimates that black solider fly treatment of “pre-consumer food waste” (waste generated in the supply chain rather than in homes) could generate additional carbon savings and £113 of economic value per tonne of food waste processed. With Scotland generating thousands of tonnes of pre-consumer food waste per year, that could add up to a major economic opportunity.

The report has been produced in advance of a stakeholder workshop to be held in Edinburgh on Thursday 7 February 2019. Zero Waste Scotland are working in partnership with Scottish Enterprise, Highlands and Islands Enterprise, Scottish Environment Protection Agency, the Scottish Association for Marine Science and the University of Stirling’s Institute of Aquaculture to gather policy experts from the UK, Europe and beyond to discuss the opportunities for black soldier fly farming, and other types of insect farming, in Scotland.

Michael Lenaghan, Environmental Policy Advisor, Zero Waste Scotland said:
“This is a fascinating and potentially game-changing opportunity. Insect farming is already being embraced in countries across the world. With a huge salmon farming sector, Scotland would be well-placed to explore this opportunity, which has the potential to be a green and financially lucrative way of dealing with some of our commercial food waste.

“Of course, there is no one single solution to a problem on this scale and we don’t expect insect farming to replace methods such as anaerobic digestion or composting. But with food waste the most carbon intensive waste source in Scotland, anything we can do to effectively recycle it could make a big contribution to the fight against climate change.”