In February a group of MPs levelled a critical gaze at the clothing industry, and the rise in cheap, disposable apparel that satisfies an appetite for up-to-the-minute style, but with grave environmental costs 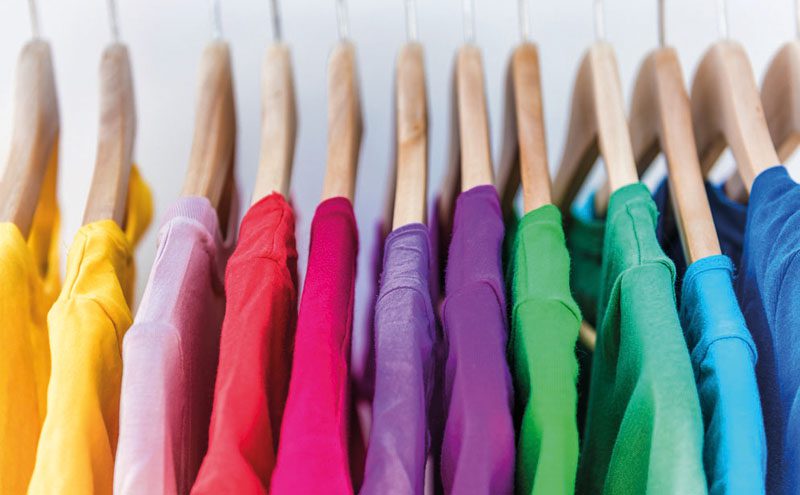 A report by the Environmental Audit Committee (EAC) entitled “Fixing Fashion: Clothing Consumption and Sustainability” has called for “a new economic model for fashion”, and the introduction of measures such as a levy of 1p on every garment sold, to contribute to a national recycling scheme.

Contributing around 3% to global CO2 emissions, as well as being a disproportionate contributor to pollution (air and water) and water over-use, clothing manufacture seems ripe for a sustainability overhaul. Mind you, some UK designers are taking a lead, the MPs acknowledged, but “these innovators are faced with competition from businesses who are focused on reducing costs and maximising profits regardless of the environmental or social costs.”

The report said “Government needs to provide clear economic incentives for retailers to do the right thing,” and recommended taxation reforms to incentivise good practice and penalise wrong-doers.

MPs on the committee had been briefed on the environmental price tag of clothing manufacture, discovering that it is “largely determined during the design and production phase”. Recommendations included a move from conventional to organic cotton, and from virgin polyester to recycled PET in some garments. “The Government should investigate whether its proposed tax on virgin plastics [(Editor note: see page 8)], which comes into force in 2022, should be applied to textile products that contain less than 50% recycled PET, to stimulate the market for recycled fibres in the UK.”

The report made reference to the problem of microfibre shedding, and the fact that trillions of these tiny pieces of plastic are accumulating in the oceans and affecting marine habitats. Synthetic fibres appear to be detectable in most samples of sea water, and have also shown up in commercially important fish and shellfish.

Jenifer Baxter, Head of Engineering at the Institution of Mechanical Engineers, welcomed the new report from the EAC, and the attention it is drawing to the responsibility of garment manufacturers to reduce waste and emissions from their industry. “The reason microfibre are so detrimental is that they have the most direct route to our oceans,” she said. As her group’s report Engineering Out Fashion Waste shows, even a garment’s aftercare affects its fibre shedding. “To reduce this impact, individuals can wash their clothes at a lower temperature, use mesh laundry bags to catch threads, rely on tumble dryers less often or install filters on washing machine waste pipes.”

“One important aspect not discussed in detail in …the reduction of waste produced, and this would mean manufacturing and selling fewer goods, a challenge to any industry in today’s economy.”

“If industry paid a penny on every garment sold, this could be invested in initiatives which provide incentives for the development of more environmentally fibres which reduce shedding and fibre recycling technologies, particularly those which are able to separate blended fibres.”

The report also bemoaned the fact that it is often more expensive to repair an item than buy a new one, and the skills to perform even basic repairs of clothes were sorely lacking among most of us.

The report’s summary concluded: “A charge of one penny per garment on producers could raise £35 million to invest in better clothing collection and sorting in the UK. The Government’s recent pledge to review and consult on extended producer responsibility for the textile industry by 2025 is too slow. We need action before the end of this parliament.”