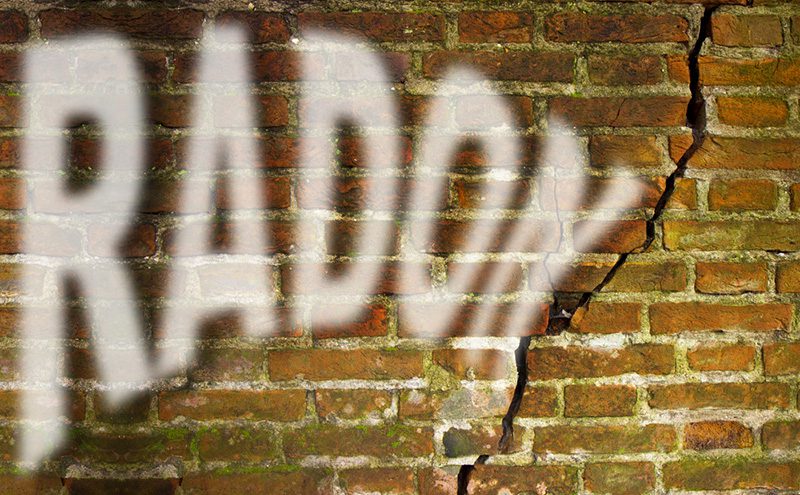 ‘Radon maps’ is a term that frequently crops up when talking about the risk of radon. A radon map provides a general picture of the areas where there is a risk of high radon levels. These maps are available at both national and regional level. The problem with radon maps is, however, that they are a very blunt tool for anyone wanting to find out about radon levels in a specific building.

Despite this, Radonova is seeing a growing number of cases where private individuals and workplaces are using radon maps to try to determine the radon level in their specific indoor environment.

“Radon maps are designed to be used when you want a more general geographic breakdown of low-risk and high-risk zones. It is, however, very difficult to draw any reliable conclusions from these about radon levels inside a particular building,” comments Karl Nilsson, CEO of Radonova Laboratories.

“The relevant authorities and experts often have good knowledge of the applications for which radon maps can be used. Problems tend to arise when the general public draw conclusions from the maps about radon levels in their own home.”

This is why radon maps do not show radon levels in a specific building:

Radon maps do not show local variations
When producing a radon map, very few measurements are performed per square kilometre. Radon levels can vary significantly in such a large area and also markedly between buildings on the same street. Radon levels indoors largely depend on the building’s construction and the air permeability of the soil, which can vary widely locally.

There is no standard for the production of radon maps
To produce a radon map, measurement data is either obtained by measuring ground radon levels or using data from indoor measurements in the area. With ground radon measurement there is no clear link between the level of radon in the ground and indoor radon levels. There is certainly an increased risk with high ground radon levels, but other factors, such as construction technology, can have a greater impact. However, if the radon map is based on indoor measurements, then the results are therefore heavily dependent on the type of building structure where the measurement was recorded. This in turn need not be relevant in any way for another building close by.

Radon can be emitted by building materials
In a country like Sweden the use of blue lightweight concrete is a clear example of how a building material comes into play when measuring radon levels. In Sweden around 15 per cent of all elevated radon values are caused by blue lightweight concrete. A radon map, however, does not take into account the material used in a building.

The maps can be generated from old measured values
Measured radon levels are to some extent ‘perishable’. A measurement taken 15 years ago, for example, is no longer reliable. A lot may have happened over the years in and around the building in question to change radon levels. Modernisations, changes to ventilation and groundwork are just a few examples of factors that can have a major impact on indoor radon levels. The Swedish Radiation Safety Authority recommends performing a new measurement every 10 years.

“With this in mind, you shouldn’t rely on radon maps if you want to know what the radon levels are in a specific building. Even if you live in an area that is defined on the radon map as a low-risk zone, there may still be very high radon levels indoors. Given that radon, after smoking, is the most common cause of lung cancer, there is every reason not to rely on this type of map when trying to determine radon levels in the home and at workplaces,” concludes Karl Nilsson.

Measure in the building
The only way to get a reliable picture of radon levels in indoor air is to measure them. This can be done in an affordable manner using radon detectors. Radon maps still have a role to play, however, as they can provide the authorities with an overview that makes it easier to prioritise inspection efforts.