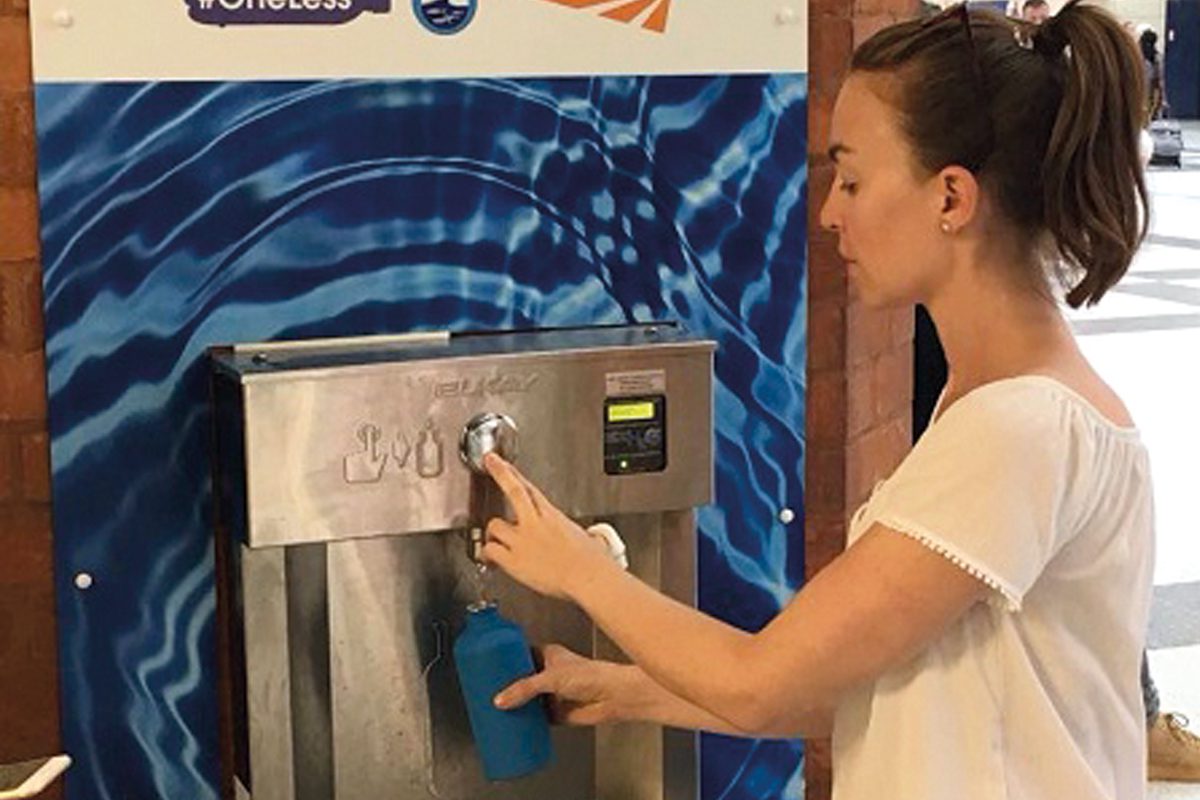 Data released on 30 April from the #OneLess campaign shows that public drinking fountains installed across London over the past year, as a part of the campaign’s pilot project with the Mayor of London, are being widely used and could be contributing to a reduction in plastic bottle usage across the city.

Since March 2018, the fountain in Kingly Court, Carnaby has dispensed the equivalent of 37,158 500ml plastic water bottles and the two fountains in Liverpool Street Station have dispensed the equivalent of 57,785 500ml bottles since July 2018. All public drinking fountains in the initiative were installed by the #OneLess campaign’s Fountain Fund, with funding from the Greater London Authority (GLA) and MIW Water Cooler Experts, a #OneLess champion and pioneer.

For many busy Londoners, buying a plastic water bottle may once have seemed like the only way to access drinking water when moving through the city. However, preliminary research – carried out by Masters Students at Imperial College London on behalf of #OneLess – indicates that these new drinking fountains could be contributing to a reduction in bottled water usage.