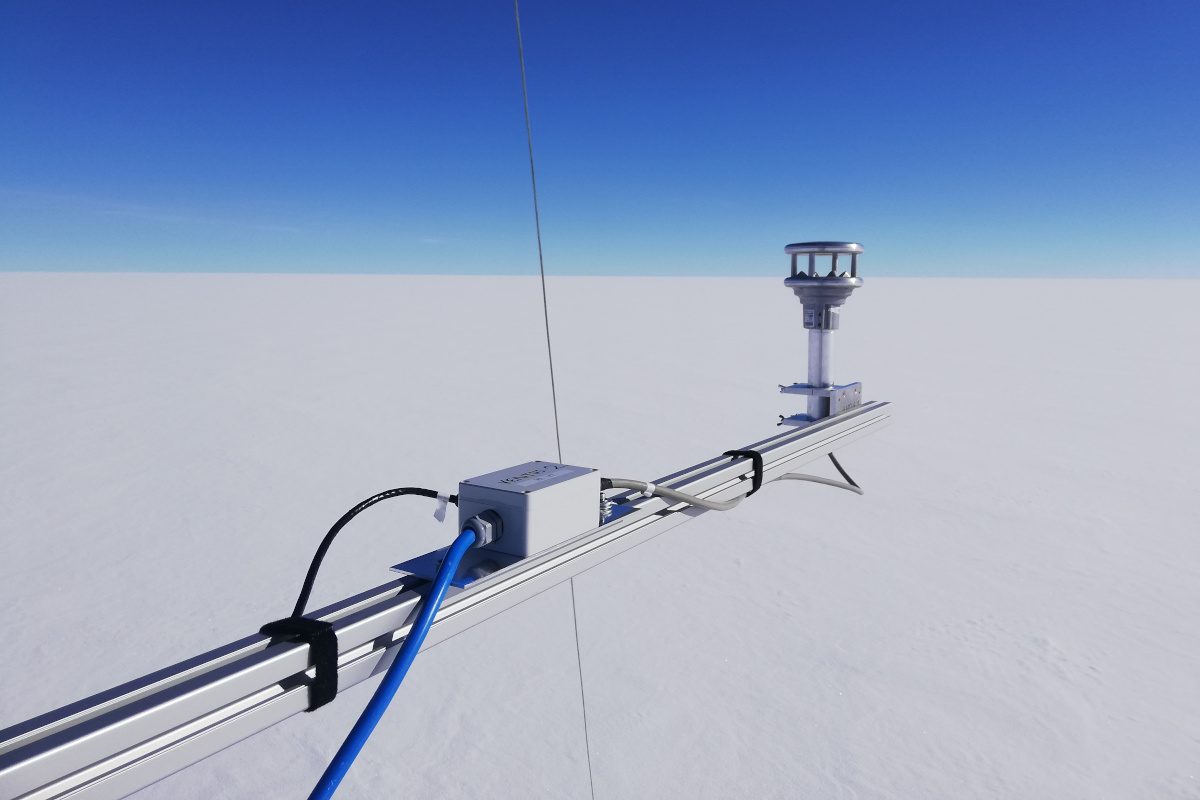 A VENTUS X ultrasonic wind sensor has been deployed by researchers at the Summit Station on the Greenland Ice Sheet in the Arctic, 10,000 feet above sea level, as part of a project investigating the role of aerosols in cloud formation. With integrated heaters and no moving parts, the wind sensor does not require recalibration – a vital feature of equipment in one of the most remote locations on Earth.

Aerosols are important in cloud formation because they act as condensation nuclei, providing seeding sites for water vapour condensation, and as ice nucleating particles which modulate the formation of ice in clouds.

The Greenland Ice Sheet is of critical importance to human society because of its role in global sea-level rise, and is of particular concern because it is melting at an increasing rate. An understanding of aerosol-cloud interactions is therefore extremely important; especially where clouds are comprised of both ice and supercooled liquid water, because this represents a major source of uncertainty in weather and climate models. Scientists from the University of Leeds School of Earth and Environment, and the National Centre for Atmospheric Science are therefore seeking to reduce this uncertainty with the use of advanced remote sensing technology, such as radar and lidar, in combination with satellite observations and a suite of other ground-based sensors (such as the VENTUS) and state-of-the-art numerical weather and climate models.

The project is seeking to determine the extent to which different aerosol properties cause significant changes in clouds, and to quantify the role aerosols may have on the melting of the Greenland Ice Sheet. In addition, this work is evaluating regional and global numerical weather and climate model performance against the project’s observations; to identify any deficiencies that lead to biases in cloud occurrence, cloud thickness, and phase partitioning.

The sensor is provided by instrument manufacturer OTT Hydromet.

Calls for reform as COP27 closes without fossil-fuel phase out