Hydropower is an extremely old source of energy, whose provenance extends back to the watermills that were relied upon by ancient civilisations. Here, Marek Lukaszczyk, European and Middle East marketing manager at global manufacturer of motors and drive technology, WEG, explains how plant managers can make today’s hydropower smarter and more efficient, and how they can reap financial and carbon savings by embracing energy efficient products and Industrial Internet of Things (IIoT) technology.

Hydroelectricity remains an attractive renewable energy source today, especially in Europe which has a large network of small and large hydropower plants. According to the International Energy Agency, the global installed hydropower capacity in 2019 was 1307 GW. China, India and Brazil are expected to lead the growth in new hydropower facilities over the next five years, but many European countries already have a vast network of established hydropower facilities.

The UK has a total hydropower installed capacity of over 4,600 MW, including 2,744 MW of pumped storage. As the fourth largest source of renewable energy and the most reliable, efficient and hardy form of renewable energy, it certainly has an important part to play.

Most of the UK’s hydropower infrastructure was constructed in the 20th century. Some facilities such as Bonnington Power Station in Scotland have been in operation for close to 100 years. Consequently, these facilities were built prior to modern environmental codes or energy efficiency recommendations coming into force.

In light of this, the industry focus has shifted from adding to the current capacity, to increasing the efficiency, flexibility and lifespan of the existing ageing network. Improving the efficiency of the existing hydropower infrastructure will lead to more flexibility on the power grid. This is crucial considering the increasing amounts of renewables being integrated into the electricity system.

The UK aims to become a net-zero carbon economy by 2050 and many hydropower plants have ambitions to renovate their current facilities to support this effort. So, what practical and cost-effective upgrades can hydropower plants make?

For larger facilities, small operational improvements can have significant rewards. Upgrading plants to have variable or adjusted speed drives alters the ability of the units to meet different kinds of demands, including more rapid response and variability management.

One area of hydropower that has seen recent growth is micropower facilities. For example, Archimedean Screw hydro turbines can be variable-speed in operation, which means that the rotational speed of the screw can be increased or decreased depending on the flow rate available in the river. This allows them to operate more efficiently.

Mechanical upgrades such as opting for an energy efficient hydrogenerator or motor, can also reap energy and cost savings. For example, WEG’s W22 IE4 standard motors offers 97 per cent efficiency depending on size. These machines, whether used as motors or adapted to become generators, satisfy an attractive balance between high efficiency, range, availability and value. When you look at the total cost of ownership (TCO) for one of the machines over its lifetime, the cost of acquisition typically represents only three per cent of the total cost of ownership of an electric motor.

Another smart and cost-effective upgrade is investing in IIoT sensors. This allows, plant managers to be more agile in their response to maintenance. This is especially important in older facilities, to ensure reliability and increase service lifetime. For example, low-frequency accelerometers together with displacement sensors can be installed to monitor turbine imbalances and wear in the plain bearings. The continuous surveillance of vibration levels supports various forms of analysis to make sure equipment is performing optimally. The early detection of problems such as bearing wear, can alleviate future machine failure and costly downtime.

In the coming years, hydropower is expected to remain the world’s largest source of renewable electricity generation and will play a critical role in decarbonising the power system and improving system flexibility.

For further information about WEG’s SH11, GH11 and GH20 hydrogenerator lines for compact or large hydropower plants, visit the website. 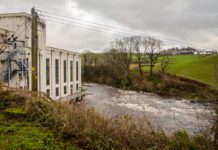 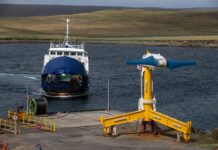