Japan has ended years of speculation over the fate of radioactive wastewater stored in tanks at the Fukushima Daiichi nuclear plant since the 2011 disaster. On 13 April Prime Minister Yoshihide Suga announced a decision to initiate ocean dumping.

He described the discharge as “an unavoidable issue” in the process of decommissioning the plant. In comments quoted in Japan Times, he stated: “Today, we’ve made a decision that releasing the water into the sea is realistic and put together basic policies, on the condition that the government guarantees safety in a way that significantly goes beyond (national and international) standards and does everything it can to implement countermeasures against damage caused by rumors.”

The discharge process is not expected to commence for another two years, and will take decades to complete. The announcement appeared to draw condemnation from environmental groups and neighbouring countries, while support was forthcoming from both the US and the International Atomic Energy Authority (IAEA).

So far around 1.25 m3 of treated radioactive wastewater has been stored at the plant, in around 1000 tanks. Groundwater continues to pour into the site at a rate of 180m3 per day, although the amount increases dramatically following typhoons.

The main source of radioactive contamination is the residual nuclear fuel from the three nuclear reactors which overheated during the 2011 disaster. The plant announced in December it had constructed 1.37m3 of tank storage capacity, but available storage is expected to run out by Summer 2022, and the imminence of this deadline has added urgency to the situation.

On 13 April, IAEA Director General Rafael Mariano Grossi confirmed the plan’s technical feasibility. He stated: “The Japanese Government’s decision is in line with practice globally, even though the large amount of water at the Fukushima plant makes it a unique and complex case.”

Greenpeace said the decision “disregards the human rights and interests of the people in Fukushima, wider Japan and the Asia-Pacific region.”

“Rather than using the best available technology to minimize radiation hazards by storing and processing the water over the longer term, they have opted for the cheapest option,” said Greenpeace Japan’s Kazue Suzuki.

The environmental group has criticised the Japanese government in recent months, and detailed challenges with the ocean-dumping plan as it stands, including problems with the treatment system. These were presented in an October 2020 report, Stemming the Tide 2020: The reality of the Fukushima radioactive water crisis.

Most of the water is being treated by the Advanced Liquid Processing System (ALPS), which is seemingly designed to remove more than 62 radioactive contaminants. Greenpeace’s report maintained that the ALPS under-performs compared to other systems on the market, which means 72% of the water currently stored will have to be processed again.

The system also fails to remove two radioactive isotopes: tritium and carbon-14, both of which present dangers that Greenpeace says are being ignored, and their presence in this wastewater flatly contradicts previous claims made by the Japanese government that ALPS produces non-contaminated water.

In fact, from 2013, Tepco had promoted the dilution-and-release plan on the basis that the only radionuclide of concern remaining in the wastewater was tritium. When it was revealed in 2018 that around 75% of the tanks’ volume was still contaminated with above-limit levels of strontium 90, cobalt 60, ruthenium 106 and other radionuclides, which the ALPS had so far failed to remove, there was public outrage.

Following treatment, the plan is to dilute the wastewater before releasing it, under IAEA supervision. According to government spokesperson Katsunobo Kato, in comments cited by The Guardian, this dilution will reduce tritium concentrations to levels that fall far below standards set by the World Health Organisation in relation to the acceptable amount of radioactivity in drinking water.

Also speaking to The Guardian, Geraldine Thomas, a molecular pathology specialist and radiation expert at Imperial College London, suggested there was no risk to health or seafood from either tritium or carbon-14. The level of dilution provided by the Pacific Ocean would be enough to dispel fears about the residual tritium, she suggested, while carbon-14 she beleved to be of a lesser concern than other contaminants such as mercury.

An issue that concerns environmentalists is the confusion around tritium, and the failure of data and modelling to explain the impact of organically bound tritium (OBT). The October Greenpeace report said TEPCO had been failing to provide accurate data on the potential impact of releasing water with this kind of contamination.

Tritium has a relatively short half-life of 12.3 years, and environmental groups have argued for a longer period of storage for the water, beyond 2022, to allow levels of the isotope to diminish naturally. But a Ministry of Economy, Trade and Industry (METI) Sub-committee on Contaminated Water report has previously ruled this out on the grounds of cost and the coordination required. There is also the risk presented by an uncontrolled or catastrophic release of the wastewater, in the event of an earthquake.

The ALPS-treated water is currently stored in welded tanks, located within a double-dike system, to prevent water flowing beyond a certain point in the event of a leak. The water was previously transferred from bolted flange tanks, an operation completed in 2019 and the new tanks bring extra storage capacity and greater protection against potential leaks, says TEPCO. “We considered using other types of tanks,” as the group’s website explains, “such as ‘large-capacity tanks,’ ‘underground tanks,’ and ‘Floating shore tanks’”. The tank area is also continuously patrolled and monitored.

Whatever happens next, it seems unlikely that the matter will be resolved without further discussion and with the quiet acquiesence of the international community.

In late April, Safecast – a non-profit volunteer organization that conducts independent, citizen-run monitoring of environmental hazards – argued that “fully transparent independent monitoring and oversight of the environment must be done prior to, during and after any such release to ensure that the process is acceptable to the global community.”

Writing in Japan Times, Azby Brown and Iain Darby of the group argued that Japan’s decision “sets a dangerous precedent”.

They concede that the proposed “dilution and discharge” option may well be “the least objectionable of several problematic options” but, they say, “it has been justified on a number of bases that could be considered questionable.” They lament, in particular, that – as advanced as the plan appears to be in its implementation – it is still the case that “no clear technical plan or environmental impact study has been made public”. There has also been little in the way of consultation with neighbouring countries and the international community.

“… it seems dangerous to presume we can depend on the existing 1.2 million tons of water … being treated with the required rigour, if there is no transparency in place.”

There is also an argument to be made that the ocean-discharge plan should be considered to be transnational in scope, as Brown and Darby suggest, in which case it violates existing IAEA guidelines stating that “special provisions are needed when a release can conceivably have radiological impacts outside the territory or jurisdiction of the country in which it originates.” And with the Fukushima wastewater disposal, there has been no attempt by anyone to argue that its impact won’t be felt beyond Japan’s waters.

Among concerned stakeholders in the Pacific Rim countries, some have seemingly argued persuasively that the proposal may be a violation of obligations under marine environment treaties such as The 1974 London Convention of the International Maritime Organization.

“The merits of those arguments may well be tested in the courts,” as the Brown and Darby article noted, adding: “It is beyond doubt that such unilateral action is unethical “
The case, they suggest, requires the Japanese government and TEPCO to make more strenuous efforts to engage with other stakeholders and provide clearer demonstration that their concerns are being addressed.

Of more serious long-term concern is the possibility that such unilateral action sets a dangerous precedent with the risk of “further damage to the international rules-based agreement system.” If Japan insists upon executing its plan without more decisive efforts at ensuring the transparency and rigour of the process, it would be in a weaker position to object to attempts at similar disposal choices by others in the future, and nations elsewhere would be empowered to defy international opposition and cite Fukushima as a precedent.

Similarly, the Safecast commentary holds that, while “the ALPS system does, in fact, appear capable of removing all radionuclides of concern except tritium when operating at top condition”, it still seems dangerous to presume that we can depend upon the existing 1.2 million tons of water at Fukushima, and any that will come later, being treated with the required rigour, if there is no transparency in place.

With all the potential exigencies of worn-out pumps, clogged filters, deteriorating parts and other assorted sources of error that can beset projects of this kind – the question has to be asked: Would the international community be kept informed of any such development as it occurred? And Tepco’s previous failings in terms of transparency appear to make that a dangerous assumption, they point out. 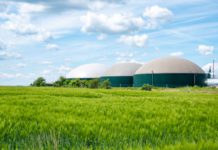 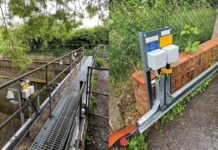 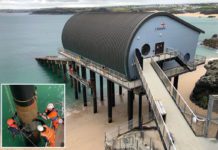