On 16 September, the world marked the International Day for the Preservation of the Ozone Layer. The European Space Agency (ESA) takes a closer look at this year’s ozone hole.

The ozone layer in the atmosphere protects Earth from potentially harmful ultraviolet radiation. In the 1970s, scientists discovered that the ozone layer was being depleted.

Atmospheric conditions of ozone vary naturally depending on temperature, weather, latitude and altitude, while substances ejected by natural events such as volcanic eruptions can also affect ozone levels. However, these natural phenomena couldn’t explain the levels of depletion observed and it was discovered that certain human-made chemicals were the cause.

Ozone depletion is greatest at the South Pole. This depletion creates what is known as the ‘ozone hole.’ From August to October, the ozone hole increases in size – reaching a maximum between mid-September and mid-October.

The Montreal Protocol was created in 1987 to protect the ozone layer by phasing out the production and consumption of these harmful substances, which is slowly leading to its recovery. Some of the ozone-depleting substances emitted by human activities remain in the stratosphere for decades, meaning that ozone layer recovery is a very slow, long process.

The Montreal Protocol demonstrates the power of international commitment to protecting our environment. Satellite data provide a good means to monitor changes of the ozone layer on global scale. Ozone measurements from the Copernicus Sentinel-5P satellite extend the European time-series that started in 1995 with the Global Ozone Monitoring Experiment (GOME).

These data can be used for long-term trend monitoring and provide ozone measurements just three hours after measurement time to the Copernicus Atmosphere Monitoring Service (CAMS), operated by the European Centre for Medium-Range Weather Forecasts (ECMWF) for ozone monitoring and forecasting.

The ozone hole today
Data from Sentinel-5P was used to show that last year’s ozone hole over the Antarctic was one of the largest and deepest in recent years. The hole grew rapidly from mid-August and peaked at around 25 million sq km on 2 October. The large ozone hole was driven by a strong, stable and cold polar vortex which kept the temperature of the ozone layer over Antarctica consistently cold. This was in stark contrast with the unusually small ozone hole that formed in 2019.

This year, the ozone hole’s evolution appears to be similar to last year’s size, currently around 23 million sq km – reaching an extent larger than Antarctica. According to CAMS, the 2021 ozone hole has considerably grown in the last two weeks and is now larger than 75% of ozone holes at that stage in the season since 1979.

Antje Inness, a senior scientist at ECMWF, commented, “This ozone evolution is what we would expect given the current atmospheric conditions. The progress of the ozone hole over the coming weeks will be extremely interesting.”

The above article is excerpted from a larger piece appearing on the ESA website. 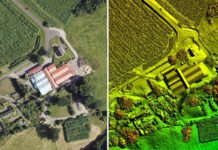 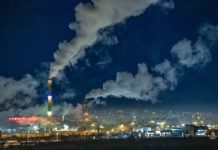