Members of the Decarbonised Gas Alliance (DGA) gathered in Westminster on 18 October to discuss – and seek support for – the role of hydrogen in advancing the UK’s ambitions to reach net zero emissions.

The group represents “nearly 30 expert organisations who have come together to help decarbonise the gas system and meet the UK’s target of net zero climate emissions”.

Increased adoption of hydrogen would provide the country with a stable pathway to net zero emissions, believed DGA Chair Chris Barron and Director of Gas Networks at Costain.

“Hydrogen – like many other decarbonised gases – can help us meet the UK’s ever-pressing need for net zero climate emissions, at low cost, with minimal disruption, and while creating thousands of sustainable jobs across the country,” he said.

“It has a particularly valuable role to play in the notoriously hard to decarbonise sectors – heavy transport, industry and heat. As a nation, we rely heavily on these industries, but they account for over 40% of UK greehouse gases. They’re therefore the elephant in the room if we don’t work together to create a deliverable pathway to a net zero energy infrastructure.”

Speakers explored the number of relatively mature, commercially proven H2 technologies (technology readiness level 8) capable of transforming the UK’s decarbonisation agenda, as well as the need for regionalised clusters to get net zero done on a nationwide level.

Jon Saltmarsh, Deputy Director Engineering and Research, Department for Business, Enegy and Industrial Strategy (BEIS), added: “When it comes to demonstrating the environmental and economic benefits of hydrogen, there is unrivalled potential for UK leadership on an international scale. What we need to do now is move from informing the thinking, to truly demonstrating how we’re leading the way.”

The meeting of minds also marked the launch of the Decarbonised Gas Alliance’s (DGA) UK Roadshow, which will see ten organisations from around the country showcase the degree of innovation already taking place in this space.

Running from 18-27 October – on the approach to the UN Climate Change Conference (COP26) in Glasgow – the ambitious event will demonstrate that society essentials such as manufacturing, heavy transport and heat cannot be decarbonised through electrification alone.

However, through innovation, collaboration and greater public awareness throughout the regions, hydrogen can play a role in safely, quickly and cost-effectively decarbonising UK infrastructure.

A hydrogen Hyundai Nexo car will therefore make its way around the country, visiting multiple ground-breaking projects along its route, as part of #GettingNetZeroDone.

The Thames Estuary Growth Board kicked off the Roadshow of events, at the Institute of Civil Engineers, London, this morning (18 October). Elaborating on the development of a clear voice for what is a very diverse region, the team shared their progress to date in realising the green growth potential of the Estuary.

Acknowledging that hydrogen is not a silver bullet for the Thames Estuary – or anywhere in the UK – the team has instead focused on how H2 can deliver maximum socio-economic value.

Their work has also attracted attention beyond the city, not only throughout the UK, but overseas from countries including Italy and Japan too.

“The appetite for collaboration among different regions and clusters is clear,” said Helena Anderson, Co-Founder and COO at Ikigai, who are working on behalf of the Thames Estuary Growth Board. “This is particularly apparent when areas share the same project characteristics and challenges – irrespective of geography. There’s a hunger to mutually benefit from a collaborative approach to H2 problem solving.

“Demand from investors is also high – from venture capitalists to global sovereign wealth funds. We’re speaking to investors looking for proven hydrogen technologies, that are replicable, scalable, and can deliver impact now.”

Chris Barron elaborated: “The Thames Estuary project is an exemplary case study and evidence of the benefit of a regionalised approach to developing a hydrogen ecosystem. The team has unswervingly focused on the existing and very pressing demands of end users – this is not about theory, or simply ‘what could be’.

“It’s exciting to hear, however, that there are many further exciting milestones on the Growth Board’s roadmap which will help to catapult the exploration of earlier stage (TRL 3-7) pre-commercialised H2 technologies too.”

Offering a concluding thought, Chris Barron said: “On an individual scale, companies are achieving great things in their respective sectors. But for hydrogen to gain the traction we seek, on the scale required by the UK, collaboration is key.”

Follow the Roadshow or get involved with the conversation on social media – #GettingNetZeroDone. 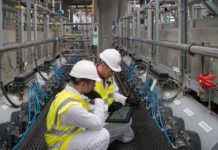 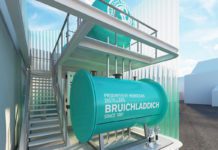 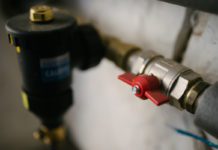