A satellite map technology has seemingly revealed that vast areas of peatlands in Scotland are in such a poor condition that landowners involved in rewilding projects are ‘cutting down trees’ this Christmas to help deal with the problem.

The country has been extensively surveyed for the first time, says the environmental monitoring firm behind it, Terra Motion, over a five-year period using radar data from space and the imagery shows that the country is emitting the equivalent of almost six million tonnes of carbon dioxide equivalent (tCO2e) every year.

Peatlands are one of the most carbon-rich ecosystems on Earth and, in their natural state, act as continuous carbon sinks and contribute to climate cooling. Around 20 per cent of the whole of Scotland is peatland, according to NatureScot.

Rewilding is used to regenerate areas where nature can recover and native species can thrive and Scotland has many high-profile projects, including on the Bunloit Estate, which covers 1,260 acres in the hills above Loch Ness.

The Terra Motion nationwide survey seemingly highlighted that peatland on the Bunloit Estate are already emitting copious amounts of carbon. An extensive ground survey of all-natural capital including peat and woodlands estimated an average net loss of 240 tCO2e/year.

This has convinced the Bunloit team and their academic partners to reverse the estate from a ‘net carbon source’ into a ‘net carbon sink’ and take drastic measures such as cutting down the non-native conifer plantations, which are widely grown for timber, pulp, and Christmas trees. The trees sit atop the peat and their felling will let the compressed bogs ‘breathe’ again and block drainage channels to promote water retention in the bogs.

The national survey used to identify degraded peatlands was thanks to Terra Motion’s APSIS (Advanced Pixel System using Intermittent SBAS) technology. Exclusively licensed by the University of Nottingham, APSIS is the first-of-its-kind satellite mapping system that can measure and map ground movement across any landscape including urban areas and both natural and vegetated terrain.

Dr Andrew Sowter, director at Terra Motion and inventor of APSIS, admits it seems ‘illogical’ to cut forests down but that this will be necessary to let the peatlands recover.

Dr Sowter said: “This is the first time that such an extensive survey has been performed across Scotland and shows that there are vast areas of peatlands in poor condition. More than 80 per cent of these areas have endured centuries of being cut for fuel or drained and forested with non-native conifers and this has left them in a very poor state.

“These degraded peatlands are now losing carbon at a considerable rate, with carbon either being washed away or released into the atmosphere as carbon dioxide. It is a common misconception that planting trees is always good for the environment. Indeed, over peatland areas, trees are likely causing more damage than good and the most efficient way to save carbon is to fell the trees and let the peat recover.

“Our extensive satellite imaging of the Bunloit Estate and other similar such areas shows this is likely to be a common predicament for a lot of Scottish rewilding projects, who will therefore have to take some care to assess their peatlands properly so that they can adopt the right carbon mitigation strategy for their estate.”

The Bunloit Rewilding Project is seeking private investment to restore the peatland which involves blocking drainage channels in order to promote moss growth and retain water in the bogs. Bunloit Estate owner Jeremy Leggett, a former climate campaigner at Greenpeace International and 2009 Hilary Laureate for International Leadership on Climate Change, is trying to crowdsource land ownership in Scotland.

Dr Sowter said: “Identifying peatland areas in a poor state increases the possibility of raising significant funds for restoration through carbon offsetting. This enables ordinary Scots and local communities to not only benefit from rewilding through improvements in ecosystem services but to profit from it, too.

“The Bunloit rewilding survey has shown that rewilding areas are more likely to be a net carbon source because of the peatlands. Carbon offsetting could therefore be used to help local communities restore the landscape back to nature.” 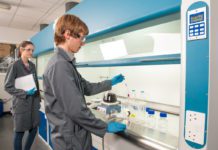 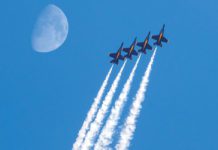 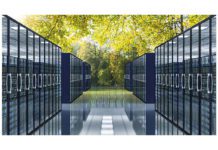