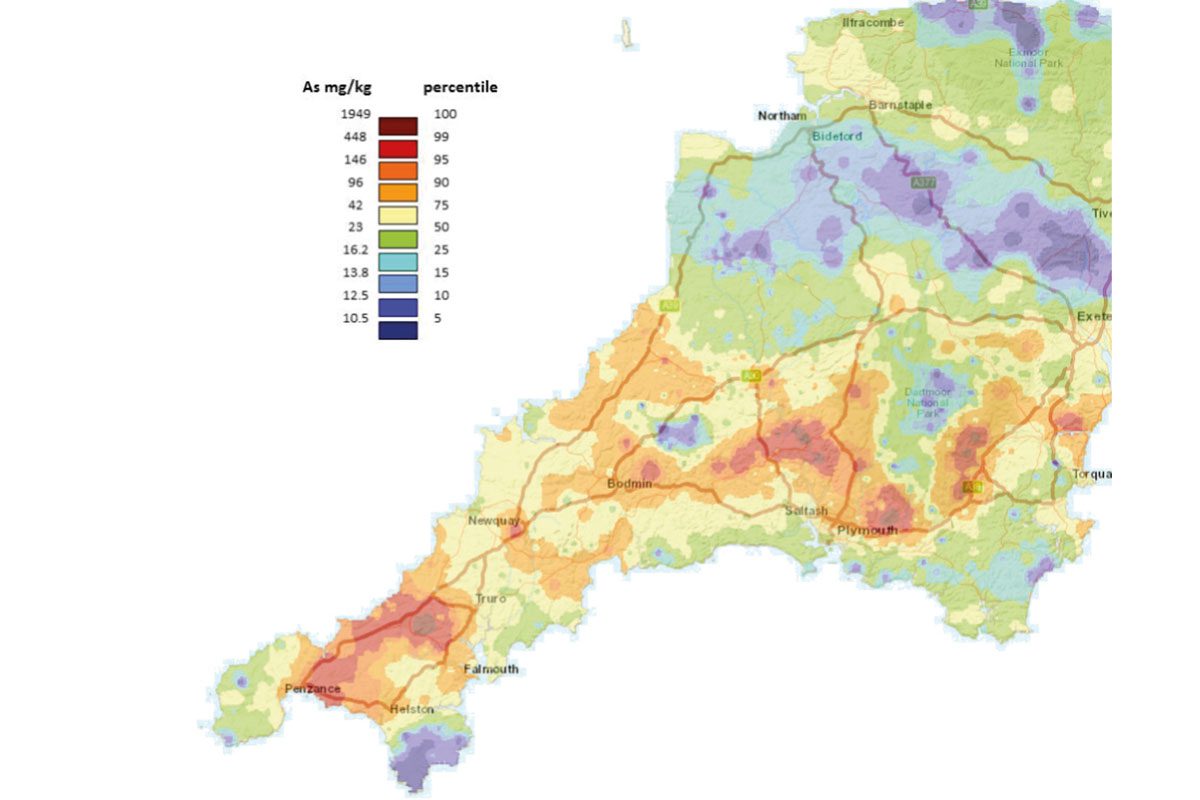 The geology of Cornwall is unique, with today’s landscape a relic of both geological and human processes. Heavy metal contamination is present across much of the country, with Arsenic levels varying in accordance with geological formations and their subsequent exploitation in the 19th and 20th Centuries. Although Arsenic has historically been extracted for use in paint, weedkillers and insecticides (most notably at Botallack in the late 19th Century), it was generally a by-product of tin and copper processing. Arsenic and other unwanted heavy metals were often deposited in mine waste tips close to the mine from which they were extracted.

In assessing the risk from Arsenic to sensitive receptors (e.g. humans), a Category 4 Screening Level (C4SL) of 37 mg/kg is used. This is a generic assessment criterion for Arsenic in residential soils in England. As can be seen above, much of the Southwest is above the 37 mg/kg threshold. In fact, a study by R. S. Middleton et al [2017] found that 69% of soils in Cornwall exceed the C4SL for Arsenic under the “Residential with Homegrown Produce” setting.

Most residential developments in Cornwall are now required to be assessed under the LCRM model, starting with a Phase 1 Desk Study. Bioaccessibility testing is a relatively inexpensive test that can help prevent costly remediation. This laboratory test essentially simulates the conditions inside the human digestive system, to determine the percentage of total Arsenic absorbed by the body. An average of 20% Bioaccessibility is generally accepted across Cornwall in naturally occurring soils. In certain circumstances, this figure can be assumed at the Phase 1 stage to prevent unnecessary and costly physical testing. 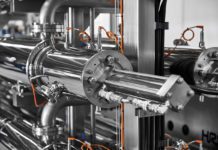 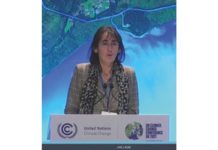 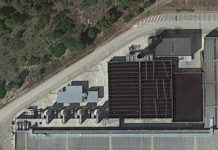