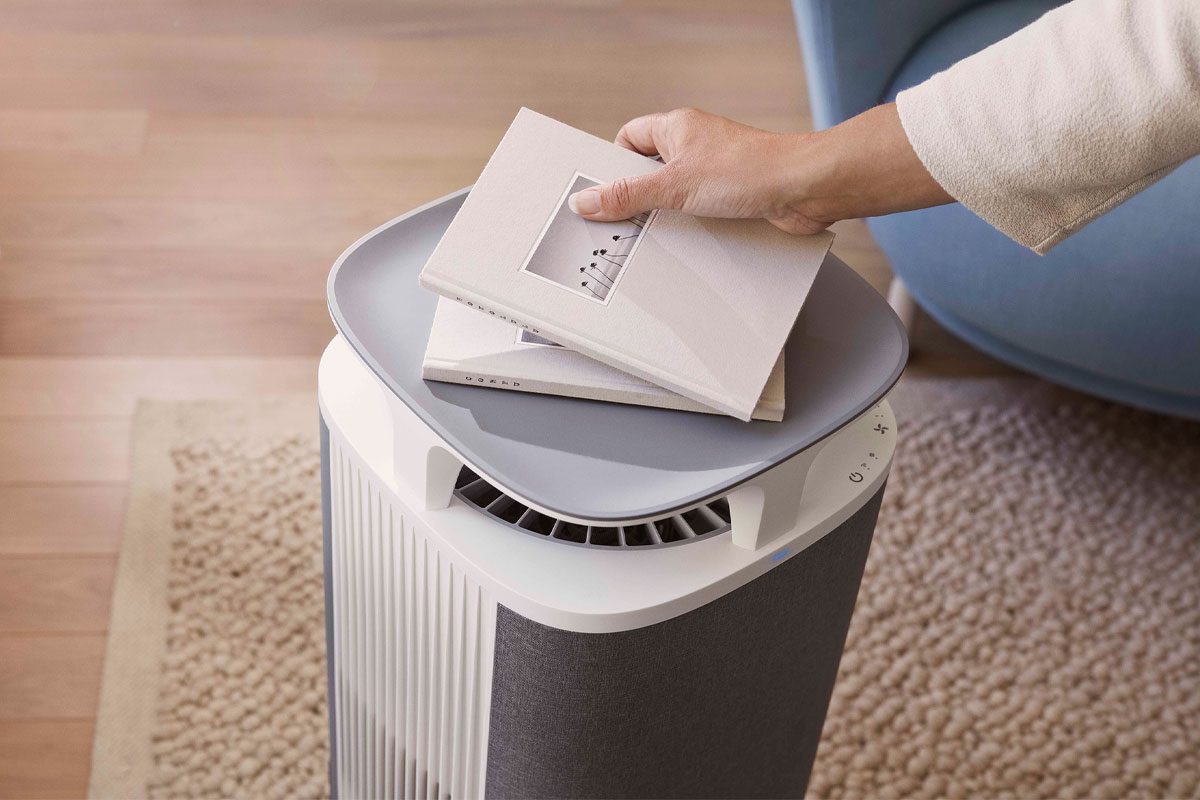 A new air purifier is seemingly designed – somewhat uniquely – to catch airborne dust before it settles on floors and surfaces. Announced in February by Swedish firm Blueair, the DustMagnet™ also seems unusual in its departure from anything machine-like in appearance having been designed to look like a piece of furniture.

The technology is designed to attract airborne dust particles like a magnet before they settle on floors and surfaces. Thanks to a powerful airflow in combination with two positively charged pre-filters, airborne dust is captured and removed, resulting in less time spent dusting and vacuuming.

In addition to dust, the device also seemingly “inactivates” bacteria and viruses and removes 99.97% of allergens, pollen, mould, pet dander and microplastics down to 0.1µm.

A proprietary technology, HEPASilent™, apparently means the device can use less dense filters than traditional air purifiers, thanks to a combination of electrostatic and mechanical filtration. “Therefore the DustMagnet™ can produce more clean air at less air pressure, meaning whisper silent operation and less energy use than a light bulb.”