Recent years have seen a concerted drive to better understand and monitor various chemical and physical agents in the workplace, including things like machine vibration. One recent development along these lines is the drive to provide real-time monitoring of dust, as instrumentation firm Casella explains here. 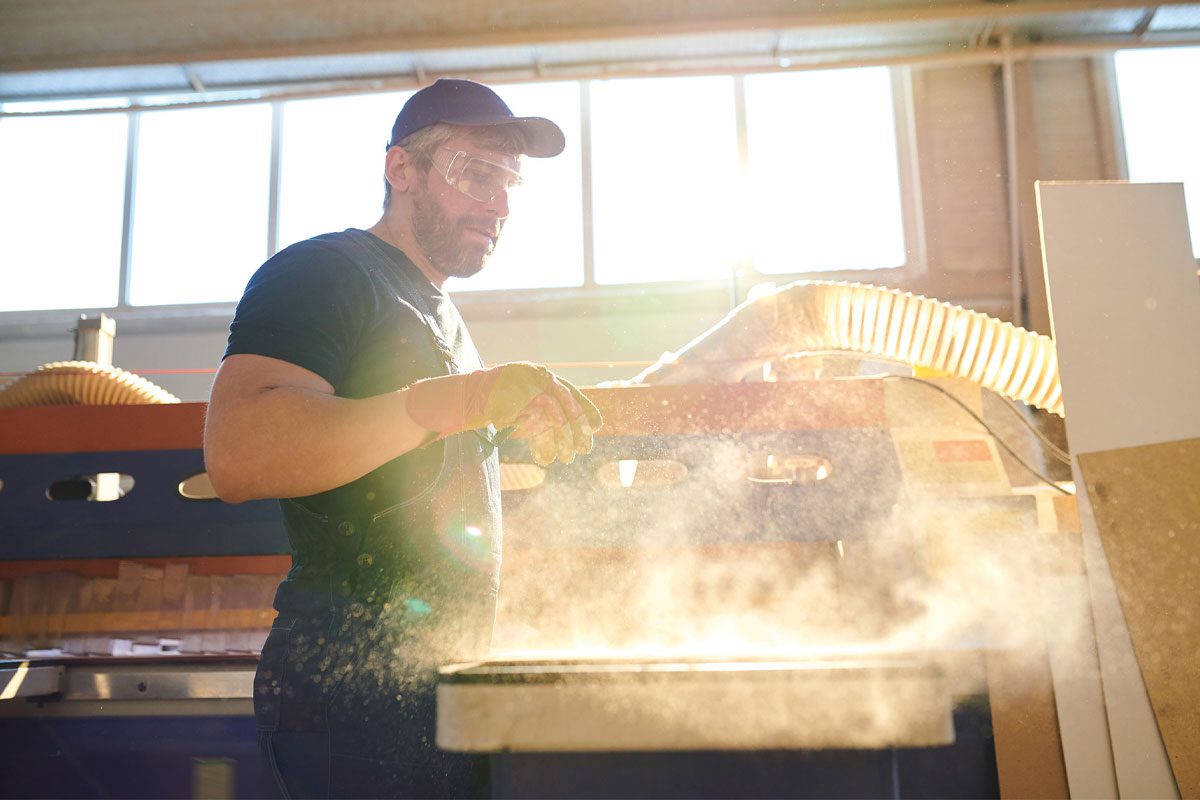 It’s a general truism that you can’t manage what you don’t measure, an idea clear to Lord Kelvin over 100 years ago¹ and enacted by health & safety professionals when they carry out risk assessments (or check the effectiveness of controls).

For dust and particulates, this has typically involved the gravimetric method using a personal sampling pump, an appropriate sampling head for the size fraction of interest (total, inhalable, or respirable), and a filter that is weighed before and after exposure. And since the sampling pump is designed to maintain a constant flow (even when the filter increasingly gets loaded), the concentration can be calculated in terms of mass per unit volume (g/m3). This method has been used worldwide for over 60 years, meaning hazard legislation and occupational exposure limits (OEL) have been established on this gravimetric basis.

So, if ‘it’ (the measurement technique) isn’t broken why try and fix it? Well, it’s often through innovation that ways can be found to make measurements more quickly, more accurately, or at a reduced cost. Who would argue against that?

However, there are normally instrumentation standards that need to be met and air sampling pumps are no exception along with sound level meters, noise dosimeters, and human vibration meters. Pumps, for example, must meet ISO 13137² in several areas including flow stability and pulsation. It’s also true that such standards tend to lag technology by as much as a decade, which can frustrate market adoption of new technology as well as a manufacturer’s return on their investment.

Real-time milestones
A precedent was set in the US for an alternative real-time method for the measurement of coal dust. After extensive testing, it was found that the proposed personal dust monitor met NIOSH sampling accuracy requirements³; equivalency to the in-service coalmine personal dust sampling (gravimetric) sampler was published in a peer-reviewed journal and a new Federal rule was enacted4 allowing its use.

A similar precedent has been set in France. The FCBA Technical Institute for the woodworking industry was tasked with reassessing direct reading methods because many companies were failing to meet the exposure limit but there was an unacceptable financial burden on SMEs due to the testing with the reference gravimetric method. However, earlier studies had not been able to satisfactorily establish equivalency. An empirical relationship has now been established for the Casella Microdust Pro in conjunction with the Apex2 sampling pump, as a real-time means to demonstrate the effectiveness of controls, for example, local exhaust ventilation (LEV).

The common denominator in the US and France is that the method validation process has taken hundreds of tests, conducted over several years but most importantly has only been established for a specific type of dust i.e. coal and wood respectively.

As well as a tool for general LEV use, the Microdust Pro’s two-part design allows the probe to be placed in awkward-to-reach places such as ducts but in this application, equivalency is not required for checking performance pre- and post-filtering, although it can be calibrated gravimetrically for a given dust type. It has also been a favourite tool for walk-through surveys to provide an initial risk assessment in accordance with UK regulation 6(1a) of the Control of substances Hazardous to Health (COSHH) Regulations, while regulation 10 states that “the employer shall ensure that the exposure of employees to hazardous substances to health is monitored in accordance with a suitable procedure”. Further guidance on exposure monitoring can be found in the UK’s Health and Safety Executive’s HSE’s Monitoring strategies for toxic substances5 and specific methods for different dust types are also available from the HSE6 as they are from NIOSH in the USA.

The accompanying approved code of practice (ACOP)7 goes on to state that Suitable sampling, analytical, and quantification procedures should be standardised and validated by authorities such as HSE, the British Standards Institution (BSI) or other reputable authoritative agencies such as CEN, the International Standardization Organization (ISO) and the US National Institute for Occupational Safety and Health (NIOSH). Employers should ensure that the procedures used are sufficiently sensitive for the situation being monitored and of proven effectiveness for assessing adequate control. 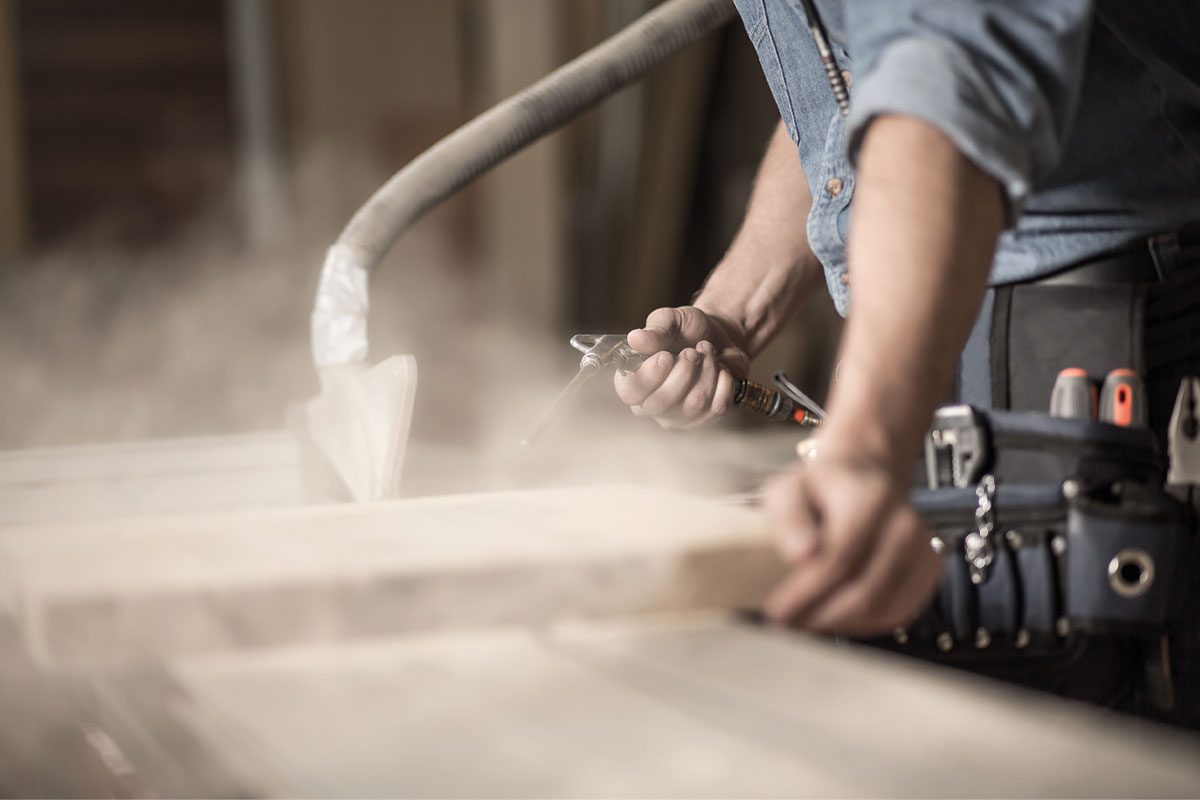 Light work?
Looking into the suitability of real-time inhalable dust monitors, the HSE published a comparison study8 which compared a raft of commercially available products, many using a photometer design, which means using a forward-light-scatter technique. Typically, a modulated laser light source passes into a measurement chamber where under clean-air conditions, all light is prevented from following a direct route to reach the laser detector by a light stop. When dust particles enter the sample volume, the beam of laser light is scattered within a narrow-angle and some of it can reach the detector by indirect routes.

However, it’s rather like trying to weigh someone with a torch based on their shadow which points to the limitation of this method. By using a narrow-angle of scattering, the instrument is made less sensitive to variations in the refractive index and colour of the measured particulates, but they are still prone to potentially large concentration and linearity errors.

Additionally, the technique is only suitable for larger (inhalable) particles but there are of course OELs for both the inhalable and (the smaller) respirable fractions such as those found in the UK’s EH409 or other countries published exposure limits.

However, despite limitations, the report concluded that two of the units under test showed promise, but this was a decade ago and it is not clear whether this type of study would constitute the ‘standardised and validated’ requirements of the ACOP? Indeed, there is a cautionary note in the latter, which states that “You may use alternative methods to those set out in the Code in order to comply with the law. However, the Code has a special legal status. If you are prosecuted for breach of health and safety law and it is proved you did not follow the relevant provisions of the Code you will need to show that you have complied with the law in some other way or a Court will find you at fault”.

Not wishing to be considered a Luddite opposed to new technology or ways of working but ‘buying into’ the latter may be a case of caveat emptor. Should you be in any doubt, it’s wise to stick to the approved method since when it comes to workers’ health one can’t be too careful!