Increasingly large and intense wildfires in the Pacific Northwest of the US are altering the seasonal pattern of air pollution and causing a spike in unhealthy pollutants in August, new research appears to find. The smoke seems to be undermining clean air gains, posing potential risks to the health of millions. 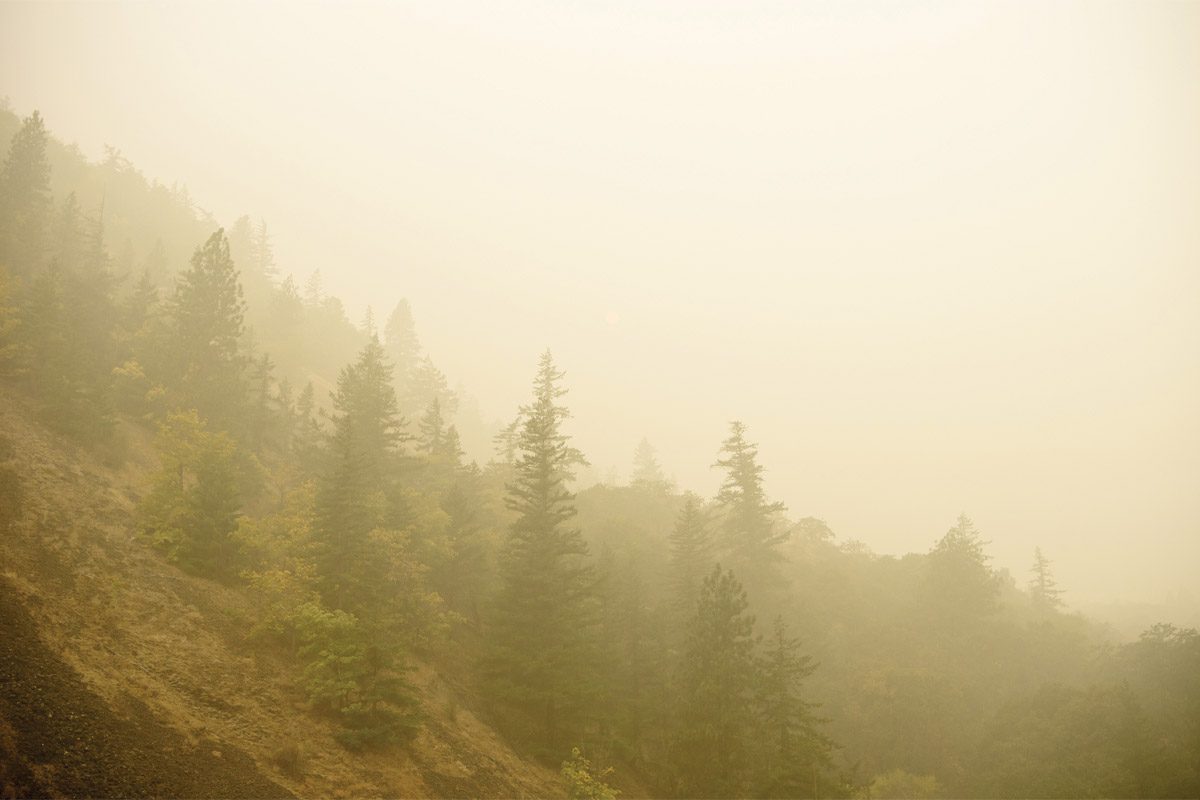 The research seemed to find that levels of carbon monoxide — a gas that indicates the presence of other air pollutants — increased sharply as wildfires spread last August. Carbon monoxide levels are normally lower in the summer because of chemical reactions in the atmosphere related to changes in sunlight, and the finding that their levels have jumped indicates the extent of the smoke’s impacts.

“Wildfire emissions have increased so substantially that they’re changing the annual pattern of air quality across North America,” said Rebecca Buchholz of the National Center for Atmospheric Research (NCAR), the lead author. “It’s quite clear that there is a new peak of air pollution in August that didn’t used to exist.”

Although carbon monoxide generally is not a significant health concern outdoors, the gas indicates the presence of more harmful pollutants, including particulates and ground-level ozone that tends to form on hot summer days.

The research team used satellite-based observations of atmospheric chemistry and global inventories of fires to track wildfire emissions during most of the past two decades, as well as computer modeling to analyze the potential impacts of the smoke. They focused on three North American regions: the Pacific Northwest, the central United States, and the Northeast.

Buchholz said the findings were particularly striking because carbon monoxide levels have been otherwise decreasing, both globally and across North America, due to improvements in pollution-control technologies.

The study was published in Nature Communications in April.

Wildfires have been increasing in the Pacific Northwest and other regions of North America, a phenomenon attributed to a combination of climate change, increased development, and land use policies. The fires are becoming a larger factor in air pollution.

To analyze the impacts of fires, Buchholz and her collaborators used data from two instruments on the NASA Terra satellite: MOPITT (Measurements of Pollution in the Troposphere), which has tracked carbon monoxide continually since 2002; and MODIS (Moderate Resolution Imaging Spectrometer), which detects fires and provides information on aerosols.

The scientists focused on the period from 2002, the beginning of a consistent and long-term record of MOPPIT data, to 2018, the last year for which complete observations were available at the time when they began their study. The results showed an increase in carbon monoxide levels across North America in August, which corresponded with the peak burning season of the Pacific Northwest. The trend was especially pronounced from 2012 to 2018, when the Pacific Northwest fire season became much more active, according to the emissions inventories. Data from the MODIS instrument revealed that aerosols also showed an upward trend in August.

To determine whether the higher pollution levels were caused by the fires, the group eliminated other potential emission sources. They found that carbon monoxide levels upwind of the Pacific Northwest, over the Pacific Ocean, were much lower in August — a sign that the pollution was not blowing in from Asia. They also found that fire season in the central US and the Northeast did not coincide with the August increase in pollution, which meant that local fires in those regions were not responsible. In addition, they studied a pair of fossil fuel emission inventories, which showed that carbon monoxide emissions from human activities did not increase in any of the three study regions from 2012 to 2018.

“Multiple lines of evidence point to the worsening wildfires in the Pacific Northwest as the cause of degraded air quality,” Buchholz said. “It’s particularly unfortunate that these fires are undermining the gains that society has made in reducing pollution overall.”

The findings have implications for human health because wildfire smoke has been linked to significant respiratory problems, and it may also affect the cardiovascular system and worsen pregnancy outcomes.

Buchholz and her co-authors used a computer model, the Community Atmosphere Model with a chemistry component, to simulate the movement of emissions from the Pacific Northwest fires and their impact on carbon monoxide, ozone, and fine particulate matter.

They ran the simulations on a supercomputer. The results showed the pollutants could affect more than 130 million people, including about 34 million in the Pacific Northwest, 23 million in the Central U.S., and 72 million in the Northeast.

Although the study did not delve deeply into the health implications of the emissions, the authors looked at respiratory death rates in Colorado for the month of August from 2002 to 2011, compared with the same month in 2012 to 2018. They chose Colorado, located in the central US region of the study, because respiratory death rates in the state were readily obtainable.

They found that Colorado respiratory deaths in August increased significantly during the 2012-2018 period, when fires in the Pacific Northwest — but not in Colorado — produced more emissions in August. “It’s clear that more research is needed into the health implications of all this smoke,” Buchholz said. “We may already be seeing the consequences of these fires on the health of residents who live hundreds or even thousands of miles downwind.”