Finding a way to do something more interesting with woody biomass – other than just burning it – is a long-standing grail for biotechnology research. A new artificial enzyme has shown it can chew through lignin, the tough polymer that helps woody plants hold their shape. Lignin has tremendous potential as a source of renewable energy and materials. 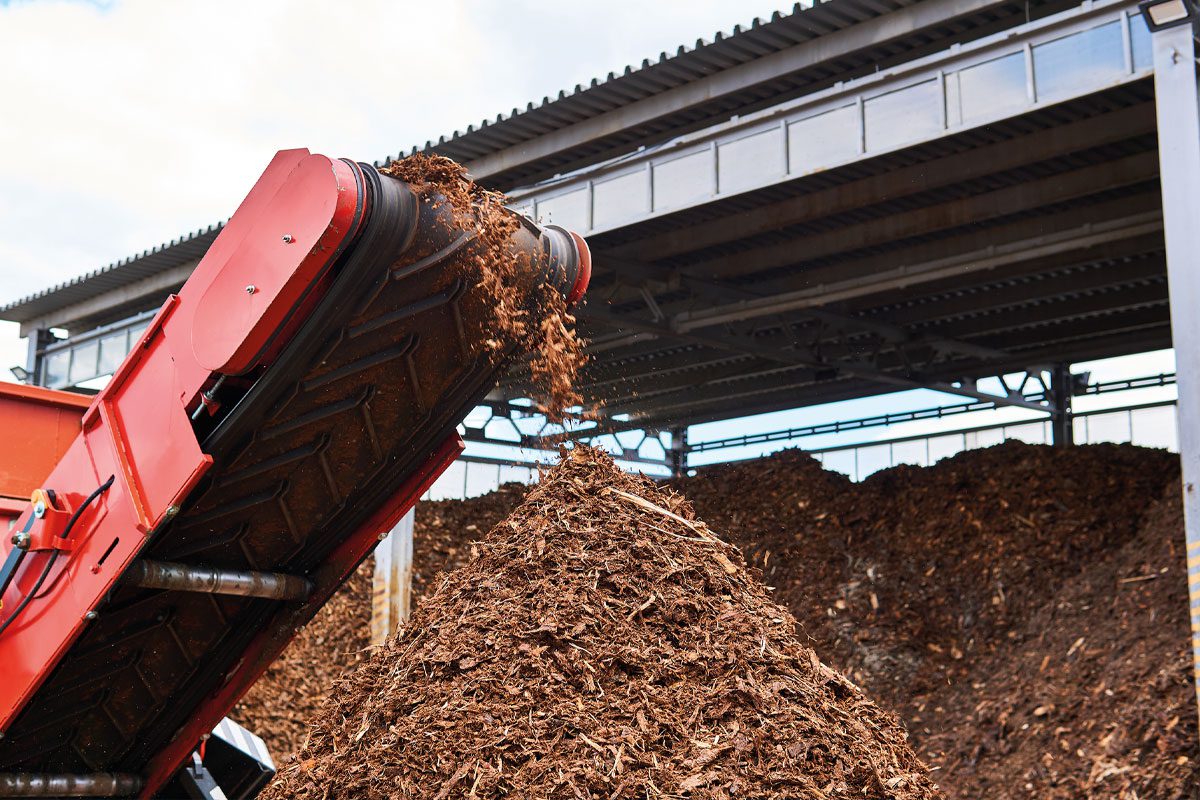 Lignin, which is the second most abundant renewable carbon source on Earth, mostly goes to waste as a fuel source. When wood is burned for cooking, lignin byproducts help impart the smoky flavour charactersitic of certain foods. But burning releases all that carbon to the atmosphere instead of capturing it for other uses.

“Our bio-mimicking enzyme showed promise in degrading real lignin, which is considered to be a breakthrough,” said Xiao Zhang, author of a paper on the new development, and associate professor in Washington State University’s Gene and Linda Voiland School of Chemical Engineering and Bioengineering. “We think there is an opportunity to develop a new class of catalysts and to really address the limitations of biological and chemical catalysts.”

Lignin is in all vascular plants, where it forms cell walls and provides plants with rigidity. Lignin allows trees to stand, gives vegetables their firmness and makes up about 20-35% of the weight of wood. Because lignin turns yellows when exposed to air, the wood products industry removes it as part of the fine papermaking process. Once removed, it is often inefficiently burned to produce fuel and electricity.

Chemists have tried and failed for more than a century to make valuable products from lignin. That track record of frustration may be about to change.

One better than nature?
“This is the first nature-mimetic enzyme which we know can efficiently digest lignin to produce compounds that can be used as biofuels and for chemical production,” added Chun-Long Chen, a corresponding author, a Pacific Northwest National Laboratory researcher, and affiliate professor in chemical engineering and chemistry at the University of Washington.

In nature, fungi and bacteria are able to break down lignin with their enzymes, which is how a mushroom-covered log decomposes in the forest. Enzymes offer a much more environmentally benign process than chemical degradation, which requires high heat and consumes more energy than it produces.

But, natural enzymes degrade over time, which makes them hard to use in an industrial process. They’re expensive, too.

“It’s really hard to produce these enzymes from microorganisms in a meaningful quantity for practical use,” said Zhang. “Then once you isolate them, they’re very fragile and unstable. But these enzymes offer a great opportunity to inspire models that copy their basic design.”

While researchers have been unable to harness natural enzymes to work for them, they have over the decades learned a lot about how they work. A recent review article by Zhang’s research team outlines the challenges and involved with the application of lignin degrading enzymes. “Understanding these barriers provides new insights toward designing biomimetic enzymes,” Zhang added.

Using a “peptoid scaffold”
In the current study, the researchers replaced the peptides that surround the active site of natural enzymes with protein-like molecules called peptoids. These peptoids then self-assembled into nanoscale crystalline tubes and sheets. Peptoids were first developed in the 1990s to mimic the function of proteins. They have several unique features, including high stability, that allow scientists to address the deficiencies of the natural enzymes. In this case,
they offer a high density of active sites, which is impossible to obtain with a natural enzyme.

“We can precisely organize these active sites and tune their local environments for catalytic activity,” said Chen, “and we have a much higher density of active sites, instead of one active site.”

As expected, these artificial enzymes are also much more stable and robust than the natural versions, so that they can work at temperatures up to 60ºC, a temperature that would destroy a natural enzyme.

The research was reported in May in the journal Nature Communications.

By leaving garden waste alone, we could store 600k tons of CO2 per year