Last month we looked at global sensors leader Alphasense and their work within the Gas Safety sector. This month we take a closer look at the steps they are taking to support the global drive to improve air quality. 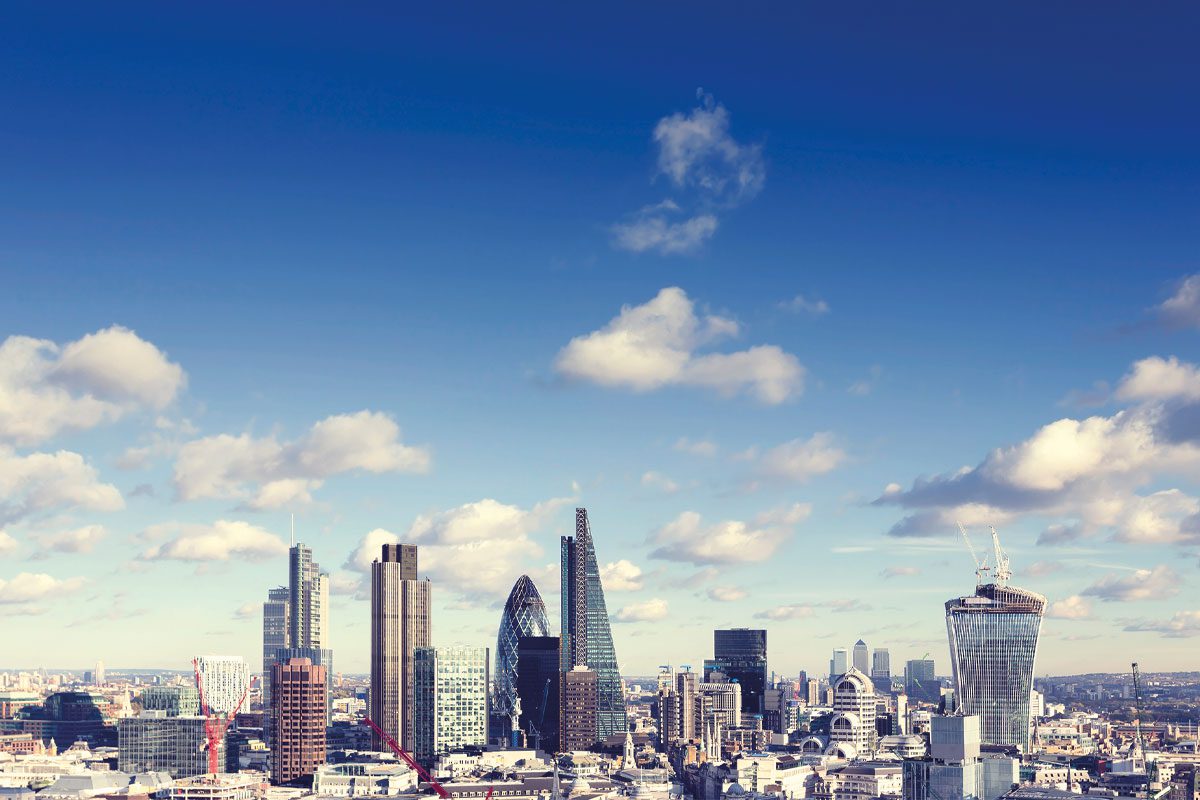 As global awareness of the impact of poor air quality grows, so too does the demand for monitoring. In September 2021, the WHO noticeably reduced its yearly average PM (Particulate Matter) guideline values to 5 µg/m3, and in March, the UK government announced a consultation on new target levels for air pollutants to be included in the Environment Act, including a reduction in the PM2.5 target to 10 µg/m3 by 2040. The increasing prevalence of air quality monitoring in legislation, as well as with respect to corporate/social responsibility is driving the transition of air quality monitoring from a “nice to have” to a firmer commercial proposition. Ultra-Low Emission Zones (ULEZs) for example – an increasingly deployed tool in the armoury of local councils – are driving demand. “It is now demonstrable that these initiatives (a) generate revenue, and (b) have an impact,” says Will Parrett, Sales & Marketing Director EMEA at Alphasense. This presents the need for a wider network of data collection points to measure toxic gases and particulate matter, something which is evolving in towns and cities as we speak. It’s commonly accepted in the AQ world that air quality will have greater visibility over the coming years, be it through air quality filters on property websites or via apps which quantify air quality not only at district level but also specifically for streets and houses. Equally, we are already seeing traffic management systems that can direct traffic flow based upon air quality as much as by vehicle volume.

The AQ monitoring sector is rapidly evolving and, according to Parrett, has many parallels with the Gas Safety sector, albeit with only 10 years of R&D vs. the 30+ years of R&D seen in the latter. Whilst there are key similarities between the two sectors, Gas Safety devices are typically concerned with immediate exposure, 15-minute exposure (STEL) and 8-hour exposure (TWA) where air quality monitoring instruments are focused on the risks associated with long-term exposure, not only hours but months and years. This requires a different approach to instrument design.

To accurately monitor what a safety device would consider as ‘background levels’, AQ instruments monitor in parts per billion (PPB) rather than the parts per million (PPM) typically associated with short-term exposure. Taking the leap from PPM to PPB not only requires more accurate sensors but also demands more of the instrument, with factors such as temperature and humidity compensation and board ‘noise’ becoming increasingly important. The increased complexity of PPB monitoring requires complex algorithms and, increasingly, AI and machine learning to deliver useful data from sensor readings and the industry is meeting the challenge in that respect.

Hand in hand with gas levels comes particulate matter, more commonly referred to as PM, the health risks of which are understood to be especially acute with PM2.5 and PM10 (particulate matter measuring 2.5um and 10um, respectively) and smaller particles. Whilst both can penetrate deep into the lungs, PM2.5 can also enter the bloodstream, with impacts on cardiovascular, respiratory, and other organ systems.

Just as vehicle manufacturers seem to be getting exhaust emissions under control, the impact of non-exhaust emissions is becoming a comparably serious problem. The microscopic particles sloughed off by tyres and brake discs won’t be directly addressed through the wholesale adoption of electric vehicles.

It’s difficult to quantify the contribution from these sources, and so far, there has been no legislation to control this, although that is set to change in July with the appearance of the new Euro 7 vehicle emissions standard, which expands the scope of the law to limit emissions from brake pads (although not tyres, which will remain exempt given the uncertainties involved in measuring their contribution).

For PM monitoring, Alphasense has developed a range of Optical Particle Counters (OPC), a technology providing high accuracy at a relatively low cost. These OPCs use a laser to measure particle counts and an embedded algorithm converts these into mass concentrations of different classes of PM, such as PM1.0, PM2.5 and PM10 (PM4.25 is also optional). These can be displayed in histograms showing the particle counts for each ‘bin’.
Alphasense OPCs are being used in urban areas with high pollution levels (i.e., up to 2,000 μg/m3 of PM2.5) as well as a wider range of applications including clean rooms and HVAC systems. Alphasense differentiate themselves from lower cost products in the quality of the data they deliver. In the words of Parrett, “there are lots of new players in the industry, and in the strive for data it’s important we educate customers on the need for accurate data, not just any data.”

One of the ways manufacturers and sensor suppliers can improve and benchmark sensor performance is through the use of reference air quality stations, the high-end equipment used by the likes of DEFRA, which often costs upwards of £100k. It’s against these installations, themselves often employing a combination of devices and technologies, that the performance of AQ instruments is benchmarked. By having a reference air quality station on site at its Centre of Excellence in Braintree, Alphasense works with its customers to validate what they do. The collective goal for Alphasense and its AQ OEMs is to deliver devices whose performance aligns as closely as possible to the reference station at a cost that makes mass monitoring feasible – or more simply, as Parrett puts it “working with our customers to deliver the data expected from a £100K installation in their sub- £10K device.”

Alphasense and the wider industry are mindful that, in the absence of performance standards or robust legislation, it’s important that the industry pays attention to third-party evaluation programmes and academic studies.

In April, Alphasense OPC devices received a favourable billing from the US-based Air Quality Sensor Performance Evaluation Center (AQ-SPEC) program, a third-party evaluation undertaken by the agency responsible for the attainment of state and federal clean air standards in a large region of southern California which includes Los Angeles. The AQ-SPEC program was established in 2014, part of an initiative to make it widely understood that sensor data should not be accepted at face value, and without a proper evaluation of a device’s precision and quality. It has so far measured the performance of over 170 sensors which, to qualify, must meet the criteria of measuring certain pollutants in real- or near-real-time, while costing less than $2,000. With its sub-$500 price tag, Alphasense’s OPC-N3 and OPC-R2 devices qualified to participate in their own right.

In the trial, the OPC-R2 sensors were evaluated against two Federal Equivalent Method (FEM) instruments (which cost between $21,000 and $25,000 each), in terms of their ability to measure PM1, PM2.5 and PM10, in addition to temperature and humidity. For each parameter, correlation with the reference instrument performed at between 70% to 90%, which is impressive to say the least, especially bearing in mind that the Alphasense device is around one twentieth the size (and one twentieth the price) of the reference instrument, a fact Parrett suggests as an indicator of how fast the sector is moving.

Performance of sensors is key to AQ monitoring, but the reliability of components, such as support circuits, is just as important, and it’s here where Alphasense says it has increased its value proposition with a range of boards and a roadmap aimed at addressing some of the issues inherent with compensating for environmental factors and noise. Whilst commercial applications for this type of technology grows, the embryonic nature of the AQ industry means that Alphasense is equally tuned into addressing the needs of universities, research bodies and citizen scientists, all of whom Alphasense count as customers. Whilst in the Safety world OEMs typically develop their own circuitry, some AQ OEMs rely on Alphasense circuitry to deliver the data with their focus being on the data manipulation required to make it meaningful.

Standards offer a useful signpost to performance and quality in the sensor world, and where OEMs can look to ATEX for instance when it comes to industrial safety, the AQ sector has made fewer visible efforts to hold manufacturers to account. With emissions monitoring there is MCERTS, a standard that attests to an instrument’s ability to monitor in accordance with European Union Directives and has become a recognised standard many OEMs are working towards with the support of Alphasense as their key partner.

With increasingly critical decisions reliant upon gas and particulate monitoring, the appetite for electronic gas sensing is growing. For Alphasense, this is a journey which began in 1996 and culminated in 2021 with its 25-year anniversary and transition from a family-owned business to one operating within a US multinational, following its purchase in November by AMETEK.

AMETEK is a global manufacturer of instruments and electromechanical components with a turnover exceeding £5.5 billion. Alphasense sits within the AMETEK MOCON business unit, which with many synergies and its own expertise in PID gas detection strengthens Alphasense’s position in the market and expands its global product offering. Alphasense operates out of its site in Braintree, Essex, a location which has been designated AMETEK MOCON’S Global Centre of Excellence for Gas Sensor Technology. The transition has seen increased investment in R&D, a renewed focus on product development and the creation of over 30 new jobs in Essex since the acquisition in November 2021.

For both Alphasense and its customers, Parrett believes the benefits of the acquisition are numerous, and says the acquisition has reinforced Alphasense’s brand values of innovation and quality. “The transition has seen us embrace positive change and we are emerging with a more focused product roadmap, an increased marketing presence and most importantly investment in customer services. The future could not be brighter for Alphasense, our customers and the industries we serve,” he says.