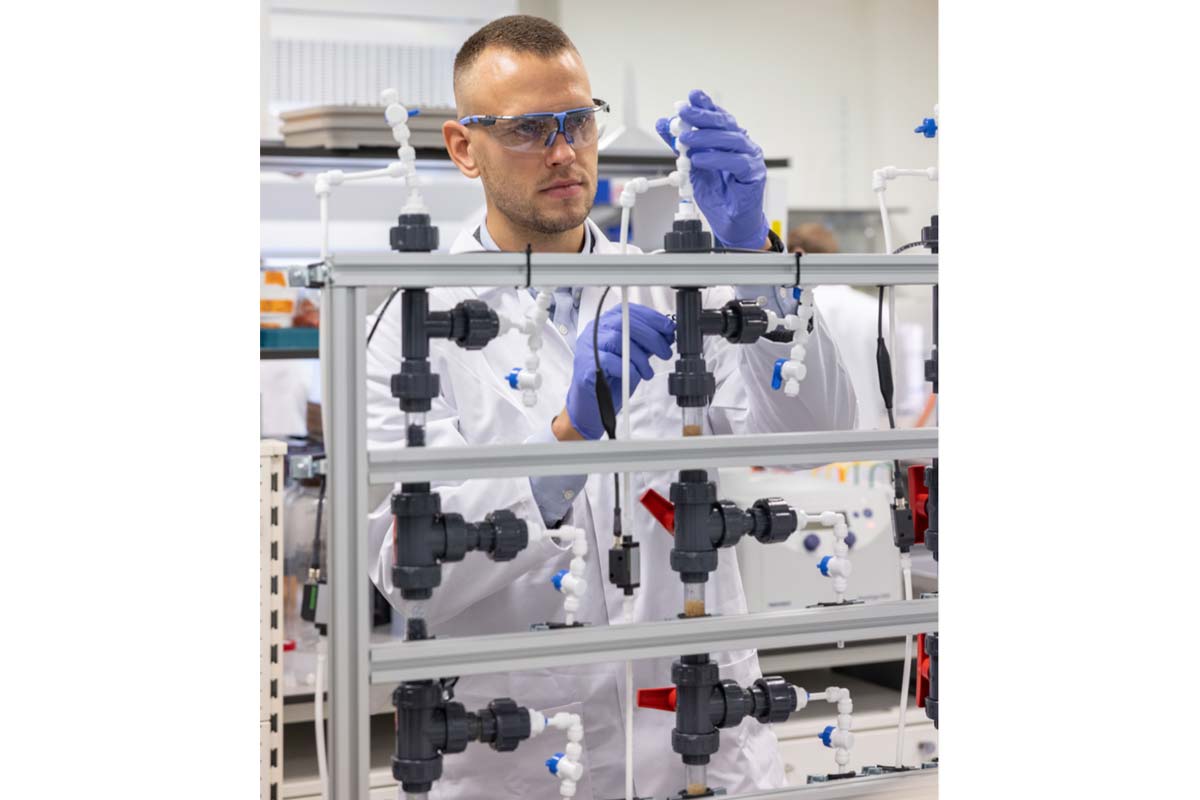 GenX chemical contaminants, which don’t degrade in the environment and have been linked to several serious health concerns like cancers, reproductive issues and the reduced efficacies of vaccines, could soon be eliminated more quickly and more effectively.

New trials have been undertaken by independent institutions, using a next generation PFAS adsorbent media developed by Puraffinity, the London based science materials company. These show that the new material performs better by lasting longer and treating three times the amount of GenX compared with current ion exchange and activated carbon technologies.

GenX chemicals belong to the family of per-and polyfluoroalkylated substances commonly known as PFAS. This group of more than 4700 man-made chemicals are known as ‘forever chemicals’ because they do not break down naturally in the environment. If released, the GenX chemicals are very mobile and pollution spreads around the world.

“Severe exposure to GenX chemicals has been shown to induce tumours in rats and be linked to toxicity for the liver, kidney and blood as well as harm to prenatal development and the immune system,” explained Henrik Hagemann CEO of Puraffinity. “GenX chemicals are both toxic and highly persistent and have been found in drinking water, surface water and seawater across the world. They are not currently removed effectively in water treatment works.”

Trials using the Puraffinity PFAS adsorbent material were undertaken at two independent institutions in the USA – the Water Hub at Colorado School of Mines and at the Heritage Research Group.  They showed the material can remove GenX chemicals to below the 10 ppt (parts per trillion) health advisory proposed by the US Environment Protection Agency.

Using PFAS contaminated tap water in an operational environment with continuous flow, the GenX contaminants bind to Puraffinity’s material through a combination of electrostatic charge attractions and adsorption.

“They bind like Lego blocks as the water flows past,” explained Henrik Hagemann.  “And, once all the Puraffinity material is filled up with GenX, the material is engineered to unclick the bound GenX using a safe regeneration step. The Puraffinity material can then be re-used for non- point of use applications, like industrial or environmental remediation, enabling a circular economy for the future of water filtration materials.”

GenX chemicals are found in products such as food packaging, clothes and firefighting foam and a 2020 study identified them across 200 different use categories. The chemicals are highly heat resistant and extremely water, fat and dirt repellent, which makes products containing them waterproof, stain-proof or non-stick

“High concentrations of GenX chemicals are found in certain areas, especially near manufacturing plants using the GenX platform technology,” said Mr Hagemann. “In the US, North Carolina is the most affected state and Michigan, Minnesota, West Virginia and New York are also impacted. In Europe, GenX, as well as other PFAS species, are found in several countries including Belgium, Italy, Germany, the Netherlands, Sweden and the UK.”

The US Department of Health has set provisional health goals relating to GenX chemicals in drinking water and North Carolina has implemented a health advisory. In Europe, GenX chemicals were the first chemicals to be added to the Substances of Very High Concern list.

“We are excited by third party results demonstrating that our next generation adsorbent performs strongly and can deal with these pollutants to avoid serious negative situations,” said Mr Hagemann. “The adsorbent material can operate in both Brita type cartridge applications, where GenX chemicals can be removed at the smallest pitcher type scale as well as in large steel tanks or vessels for industrial applications.”

Sponsored Content: The first-ever insurance for buildings that is driving water efficiency