A coastal facility will dilute and release wastewater from the former nuclear plant at Fukushima Daiichi, beginning in Spring 2023. Not all dangerous isotopes will be removed, notably tritium. 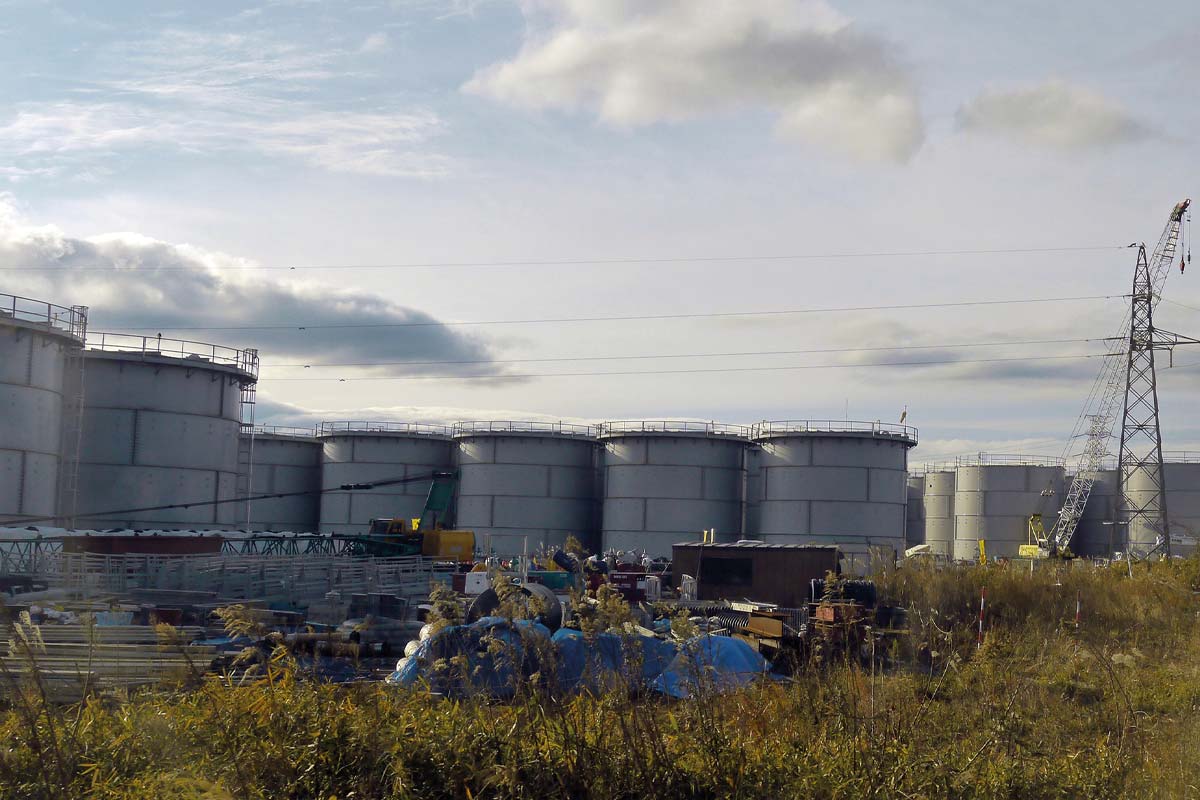 In early August, Tokyo Electric Power Company (TEPCO), the firm that runs the site of the plant, gained approval from local government for the construction of facilities that will permit treated wastewater from the site to be discharged into the sea.

The Japanese government had previously decided to proceed with the ocean discharge plan in April 2021.

Currently stored in around 1,000 tanks on the site, the treated wastewater will be transported through pipelines to a coastal facility, where it will be diluted with seawater.

From there, the diluted water will be transported through a 1-kilometre-long undersea pipeline before being released from this offshore point – with the latter measure intended to minimize the impact on local fisheries.

The design of the dilution/discharge facility had been submitted to Japan’s Nuclear Regulation Authority (NRA) on 21 December 2021, and approval was granted in July. This ocean dumping plan is scheduled to commence in Spring 2023, and to continue for 30 years.

The ocean-release plan has been approved by the International Atomic Energy Agency (IAEA). A great deal of opposition has issued from environmental groups, nearby countries like China and Korea, and the local fishing industry.

A statement from Tepco on 3 August said construction would begin on 4 August “with safety as the top priority”. It added: “we will also work to build trust of people within and outside Japan, by responding sincerely to safety confirmation by municipalities reviews by the IAEA and disclosing the construction status as appropriate to secure objectivity and transparency.”

In recent years Greenpeace and other groups have attempted to raise an alarm about the inadequacy of the ALPS treatment system, intended to render the water safe to discharge into the ocean, and which it is now believed will remove most of the dangerous radionucleotides, with the exception of tritium (or hydrogen-3), a rare and radioactive isotope of hydrogen.

And the process of dilution with seawater – which till take place at the coastal facility now being built – will do nothing to lower the levels of tritium, and has been described as “basically a public relations scheme” by John LaForge of Nukewatch, a US environmental justice group.

Tritium is difficult to remove and little research is available on its health impacts, although the beta radiation it generates is considered sufficiently powerful to damage DNA when ingested, according to environmental lawyer Duncan Currie and Greenpeace nuclear expert Shaun Burnie (in a recent article for The Korea Times). Tritium is normally rare, and its more recently elevated presence in the atmosphere is attributed to atmospheric nuclear weapons tests performed between 1945 and 1981.

Around 1,000 tanks are storing this treated wastewater presently, estimated at around 1.37m3. Previous estimates expected these to be full by mid-2022, but this dateline has now moved out to mid- to late-2023, Tepco announced in June.