Enhancing the ocean’s ability to remove CO2 from the atmosphere will be crucial in the fight against climate change, according to a new research paper, published on 21 December in the journal Joule. 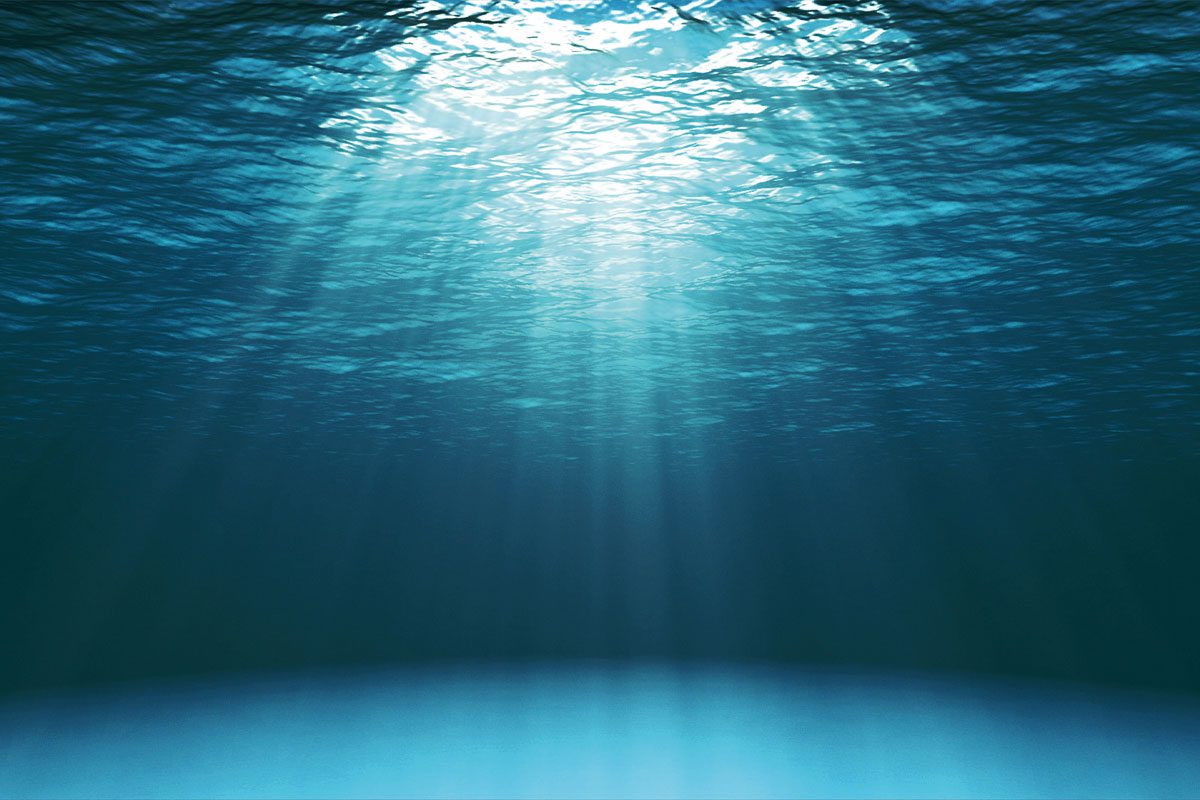 At present, around 25% of all CO2 emitted to the air is absorbed by the oceans. When these molecules enter the water they cause acidification, having a negative impact on marine environments, particularly for shell forming organisms such as crabs and shellfish that rely on fragile eco-systems for survival.

But in a joint research paper academics from Heriot-Watt University in Edinburgh and the University of Hamburg, believe they have found a way to increase the amount of CO2 stored in the ocean without causing additional acidification.

They have developed an engineering process to manufacture at scale a naturally occurring, although rare, hydrated carbonate mineral known as ikaite. Rich in calcium, this mineral, when exposed to sea water, dissolves and converts CO2 into a bicarbonate (HCO3) ions, which is a chemical compound that neutralises acidity. The scientists say this could lead to significantly more CO2 being retained by the oceans for hundreds of thousands of years.

Dr Phil Renforth from the Research Centre for Carbon Solutions (RCCS) at Heriot-Watt University, proposed the idea and is leading a project to explore the feasibility of this approach. He explains: “In order to avoid dangerous climate change and to meet the UN’s targets of reaching net zero by 2050, then it has become apparent that we must remove CO2 for our atmosphere. This is an enormous challenge but our idea is to utilise the world’s oceans.

The costs of the approach could be comparable to other CO2 removal approaches.

“The oceans are a huge carbon dioxide reservoir and we want to enhance that sink providing it does not harm marine eco-systems and that it can be done safely and responsibly. What we put forward in this paper is a new method that overcomes the limitations of some of the previous proposals while maintaining the overall benefit to the ocean.”

The academic team of geochemists and engineers have proposed a production method for ikaite that can be replicated at scale as two key materials required – limestone and water – are in plentiful supply. It works by placing limestone and water into a reactor alongside pressurised CO2. The limestone dissolves and the resulting ‘hard water’ is placed inside another reactor where it is exposed to low pressures. This pressure-swing creates crystals of ikaite which can be removed from the reactor and added to the ocean, increasing its alkalinity and removing carbon dioxide from the atmosphere.

In order to maintain its chemical stability, the ikaite needs to be deposited in waters no warmer than 15 degrees Celsius such as in northern Europe, Russia, parts of Australia, South America and South Africa.

Dr Renforth added: “This technology could be scaled up to have a meaningful impact on climate change, and the costs could be comparable to other CO2 removal approaches. That is possible within the next 20 to 30 years, particularly as the raw materials are abundant.

“While we should be optimistic, we need to know more about the process to fully understand how this technology would work and to understand its limitations.

“There is further work to be done also around the potential social and environmental impact, both positive and negative, on how such proposals might be monitored and verified in the real world, and the most suitable national and international regulation for operating this technology at scale.

“We are at a very exciting stage but it’s about how we access this potential in a safe and responsible way.”

Professor Jens Hartmann from the Centre for Earth System Research and Sustainability at the University of Hamburg, is the academic lead behind the research, which has been funded by philanthropic support from the Climate Pathfinders Foundation and ClimateWorks Foundation.

Commenting on the paper, Professor Hartmann, adds: “Increasing the alkalinity of the ocean has massive potential in our response to climate change, but much still remains unknown about both the geochemical and ecosystem impact of this approach. We are exploring this, along with partners from across Europe, as part of the EU funded OceanNETs consortium. Using ikaite may avoid some of the complications of other approaches while maintaining most of the benefits.”

The full research paper, titled, “Using ikaite and other hydrated carbonate minerals to increase ocean alkalinity for 2 carbon dioxide removal and environmental remediation”, can be viewed in the academic journal, Joule.