A landfill site in Glasgow has been served with a civil penalty of £6,200 by SEPA for a breach of its environmental permit resulting in an offensive odour that affected local communities for eight days in June 2021 and 138 complaints. 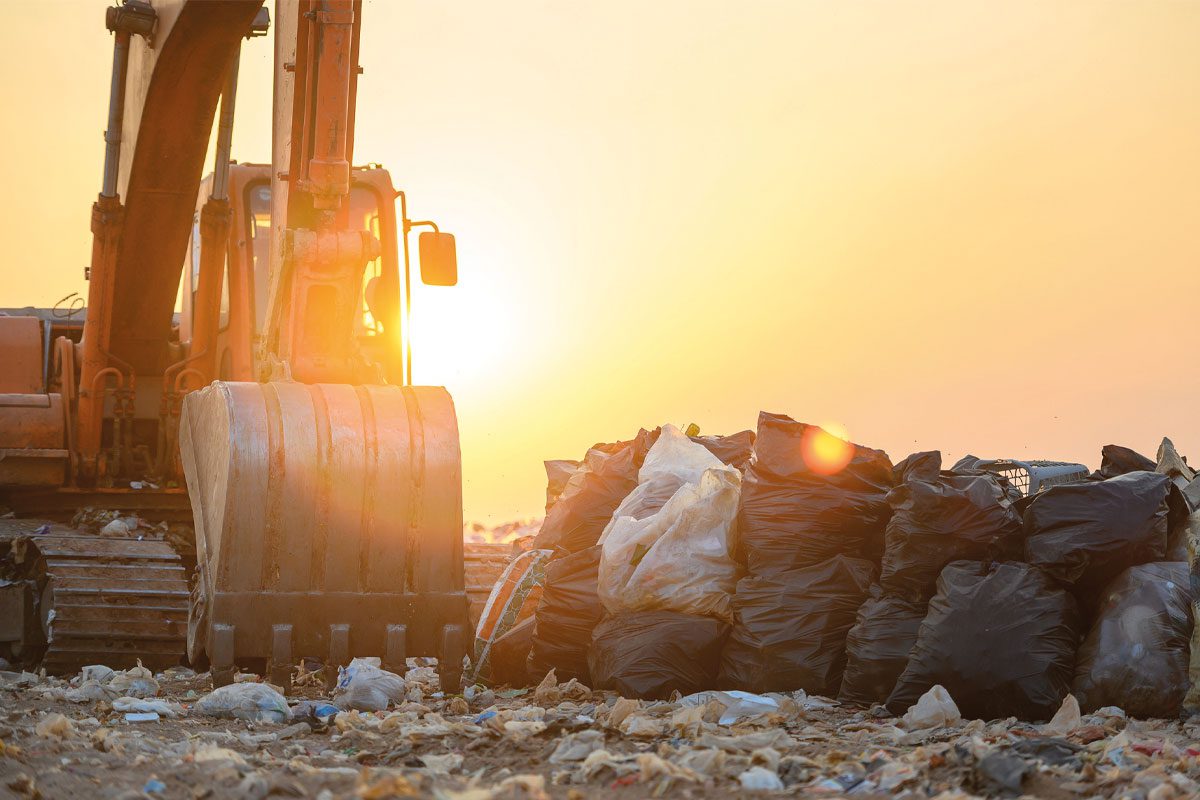 The Variable Monetary Penalty (VMP), the first in Scotland served by SEPA, was issued to Paterson’s of Greenoakhill Ltd due to offensive odour issues at the site between 8 and 15 June 2021. The company was also required to pay £1,156.35 of SEPA’s costs.

Odour from the landfill site has had an impact on the local community for many years, says SEPA, which has used a range of enforcement powers to try and tackle this.

Site visits by SEPA officers in March 2021 identified concerns with a new tipping area, known as the Cell 10 Extension, that was closer to Hamilton Road and nearby domestic properties. As the cell was close to the site boundary, SEPA advised that maximum controls would be required to manage odours.

In April 2021 the operator started depositing waste in the new area and this led to a change in the odours reported, with the main description being rotten waste/bin smell. SEPA repeated the advice about the need for adequate odour control measures.

Between 8 and 15 June 2021 the site breached its permit on five separate occasions causing detriment to the surrounding community – as evidenced by substantiated offensive odour assessments by SEPA officers. The incident occurred during a period of hot weather including evenings and weekends.

Witnesses described several impacts, including disruption to daily life – being unable to use gardens, cancelling social gatherings, sending children to stay with relatives and being unable to use the local park for exercise. While odour can be subjective, SEPA said its officers substantiated offensive odours on five separate occasions during that period and identified the source of those odours as the Paterson’s of Greenoakhill Ltd landfill site.

Pamela Armstrong, SEPA Greater Glasgow and Clyde Unit Manager, said:  “We tried to work with Paterson’s of Greenoakhill Ltd to address the issues and secure compliance but were unsuccessful. We believe a VMP is the appropriate course of action in this case.

“The eight-day period of odour the community had to deal with was significant and was due to a lack of reasonable care by the operator. It chose to dispose of waste in an area significantly closer to housing than previously, and continued to do so throughout the eight days, despite being notified by SEPA that offensive odours were being recorded off-site.

On 22 July 2021, SEPA served an Enforcement Notice which required, amongst other actions, the operator to cap the Cell 10 Extension. SEPA confirmed that this work was completed in December 2021 and odour assessments carried out by officers, along with a reduction in pollution reports, indicates that the capping material is providing improved odour control in this area. The new waste deposit area is further away from the nearby road and housing, and the operator has committed to undertaking daily off-site odour checks. The operator currently deploys odour neutraliser units near the waste deposit area to try and mask any strong odours, these are operational during office hours. The site has also started to engage with local community councils, which allows for a better understanding of the impacts site operations are having on those living nearby and enable earlier intervention to reduce the impact.

Throughout 2022 there has been a reduction in odour events at Paterson’s landfill site. However, there has been a rise in odour complaints over recent weeks. SEPA officers attended the site on 6 December and identified an area of the landfill which has started to produce landfill gas. The site has agreed to bring forward landfill gas infrastructure works which will aim to collect and treat the gas through the on-site landfill gas management system. These works were scheduled for completion by 18 December and Paterson’s will then undertake a gas survey of the landfill site to identify if there are any further sources of fugitive gas emissions.