Inflow of stormwater and infiltration of groundwater into sewers is a constant operational challenge, but a water utility in Norway is gaining better understanding of its network with an innovative digital approach, says Marco Westergren, chief analytics officer at water analytics platform provider InfoTiles.

The inflow and infiltration (I&I) of stormwater and groundwater into sewerage networks can add considerable cost to water utilities in pumping, treating, and discharging excess water. In Norway, InfoTiles’ digital water and wastewater management system is being used by one municipality for I&I water detection and real-time monitoring of extraneous water in sewer networks and is already reducing service failures.

Using the system’s integrated internet of things (IoT) and machine learning technologies, along with pre-existing real-time data from their SCADA systems, operators discovered that pumps were pushing 5 million m3 of wastewater through its systems per year, of which at least 1 million m3 was water from I&I. The extra operating cost to the utility in processing this extraneous wastewater was up to €2 million, not including the energy cost of transporting the water to the treatment works.

System overload
For many utilities and municipalities, inflow and infiltration can account for an average of 20-50% of the annual flow in sewers, however, during snow melt and wet autumns in Norway the figure regularly hits 80-90 per cent.

Inflow is stormwater that flows into wastewater pipes through faults such as holes, cracks, joint failures, and broken connections. Infiltration occurs when groundwater enters the wastewater network through faults in pipes, compounding the flow.

It is widely acknowledged that most I&I is caused by ageing infrastructure that requires maintenance or replacement, but some is also caused by erroneous connections such as building drainage and rooftops connected to the wrong pipes. When this water penetrates the wastewater network, it can overload the system, which is a particular risk during periods of heavy rain or storm events.

In the worst cases, it can lead to the release of untreated wastewater into the environment and pollution of rivers and seas. It also increases the risk of cross-contamination of drinking water, where polluted water from the environment enters through faults in clean water pipes.

Increases in the frequency and intensity of rainfall as a result of a changing climate is exacerbating the problem, making the wastewater network ever more vulnerable to failure and putting the environment at greater risk. Furthermore, if left untreated, pipeline integrity will only deteriorate over time, increasing the volume of ingress water to be treated.

Weather analysis
The challenge for InfoTiles, which is headquartered in Stavanger, Norway, and its utility partner was to determine when and where I&I was occurring and decide on the appropriate response. The InfoTiles platform uses SCADA control system data together with meteorological data to analyse dry and wet weather behaviour of wastewater networks. Using information from pump stations in real-time, the model calculates the total and excessive volume transported, allowing operators to see not only weather-related trends, but also the resulting costs both in terms of treatment and power expenditure.

Once problem areas have been identified, the search area can be narrowed down using compact IoT devices within the same platform. Some pumping stations have multiple inputs or long upstream pipeline networks. By selectively measuring different branches, it is possible to identify exactly where the water intrudes or exclude areas that are not the problem.

Sensor devices placed at critical points in the network can collect additional meteorological data such as precipitation, problematic thresholds of rain volume, or seasonally varied sensitivities. That feeds into a central dashboard and these detailed measurements can then be analysed by water managers and operators. 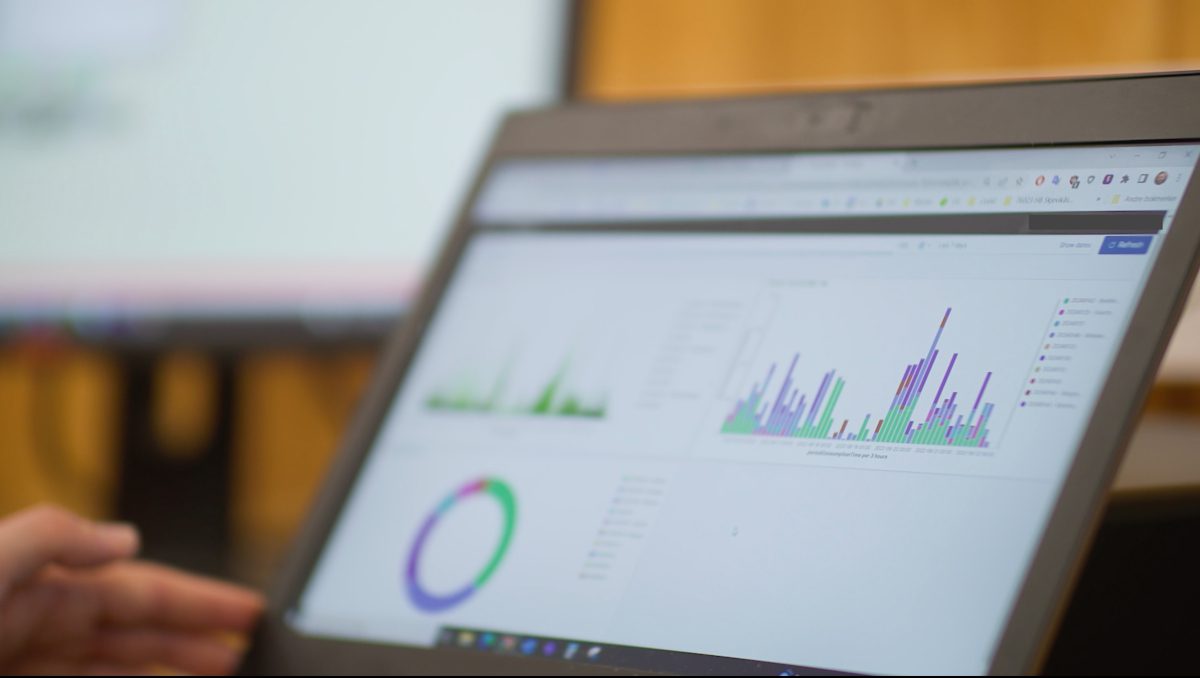 Challenging investment decisions
For InfoTiles’ Norwegian partner, the software found that about 50% of I&I was handled by only four of its 27 pumping stations, which enabled maintenance teams to target further data gathering and prioritise maintenance and repairs.

The analysis found that a number of pumps were constantly overloaded with I&I – even in dry weather conditions. It was found that upstream pipes situated close to the banks of a river were laid in soil saturated by water. The wastewater network was unnecessarily absorbing excess groundwater, which was then being transported, treated, and released back into the river.

The four pumping stations identified had already been chosen for upgrade due to the existing strain, but with the insights gained using InfoTiles’ software, this decision could be challenged. It was decided that a better investment would be to improve the integrity of the upstream wastewater network.

With a lack of detailed evidence of where and when the I&I is occurring, many utilities opt to increase the capacity investment of wastewater transport and treatment to avoid systems becoming overrun. While this may mitigate the risk of pollution incidents, it also increases costs for customers and does not solve the underlying problem.

The Norwegian utility’s energy cost reached record highs of €0.7/kWh in 2022, a dramatic increase over the previous year due to the Europe-wide energy crisis, and sitting alongside other price increases including for wastewater treatment chemicals. Taking the utility’s average I&I of 1 million m3 of water as a baseline, this means it was facing a total additional operating cost of at least €2million, 165,000 kWh of excessive electricity use, and 4.1 tonnes of excessive carbon emissions.

Targeted investment
Through using InfoTiles software, the precise location, cost, savings and solutions of I&I has become clearer to the utility. Better informed capital and operational investment decisions can be made to improve the most vulnerable parts of wastewater infrastructure and processes.

Without accurate I&I monitoring, utilities may make misplaced investments, including pump upgrades, pipe replacements, and treatment equipment upgrades. This can lead to ever increasing operating expenditure on energy and maintenance as excess water continues to enter the network and undergoes treatment.

Magne Eide, chief commercial officer, InfoTiles said, “By working closely with the Norwegian utility to understand and address its I&I challenges, InfoTiles has demonstrated best practise in this challenging area. We seek to share these developments widely so that other organisations can further understand the benefits that digital transformation can bring to key critical operations.

“With digital software technology such as InfoTiles, water utilities can get close-to-real-time data on I&I and use it to make calculations and informed decisions. For those utilities pushing digital transformation, monitoring and understanding I&I represents a significant opportunity to reduce total expenditure, protect the environment and deliver an enhanced service to customers and communities.”

Hundreds of water sector research reports made available at UKWIR