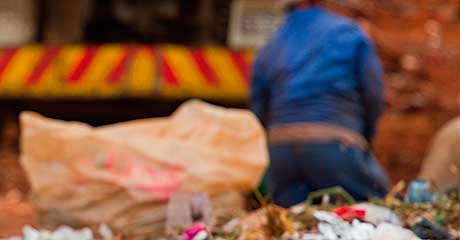 It’s not getting any easier for the nation’s landfill operators or the companies who rely on them for income.

A combination of tax increases, alternative waste treatment options and the widely-held view that landfill is “a bad thing” has heaped pressure on the sector.
Landfill as a source of revenue for suppliers of products and services has become increasingly tight, a situation underscored by latest statistics that revealed 130 landfill sites have closed since 2008. It’s unlikely to be coincidence that it was the same year the recession hit; for many landfill operators it was a blow too many. In the last year, around 30 sites have closed and even the eight sites that have opened or re-opened in the same period do little to mask the extent of the downturn.
The combination of tax and treatment has also fuelled a further drop in waste bound for landfill. Local authorities have struggled to cope with hikes in landfill tax, the most recent a further £8 a tonne jump that took it to £64 a tonne. Add to that mix the number of sites that have completed their voids, planning refusals for site extensions or operations that have reached the end of their life spans and it’s not difficult to see the extent of the issue.
An annual report published by BDS Marketing Research Ltd estimates the volumes of waste accepted at individual landfill sites in the country. For each site and company, it estimates the amount of waste each site has taken, with the information broken down by inert, municipal and other wastes. Company market shares are then calculated.
This year BDS says the title of biggest national landfill company remains in the hands of FCC, believed to be the largest operator in an area extending from the south east to the north west of England. On its heels is Biffa, followed by Viridor, Veolia and SITA. Those five companies represent over 60% of the landfill market.
That’s not true across the UK, however. In most parts of England, the top companies represent more than 80% of the market but in northern England, Wales and Scotland, the big five have smaller shares, giving them around 70% or less of the total.
The BDS survey lists all known open gate landfill sites operated by waste management companies and gives the estimated input of each site. It also lists sites that have closed, been mothballed or opened and identifies any significant planning activity over the past year.
The latest report comes at the same time as a similar survey that estimates waste inputs to alternative processing sites such EfW, in-vessel composting, MBT and MRF.